The lute has 4 strings, a-g-d-c, which are tuned one octave higher than the other. The tasta are carved on the neck of the lute to produce the tones and the semitones. The lute is played with a plume. It is mainly an instrument of accompaniment, so it provides the tune of the song.

There are different names for this instrument in various parts of Greece: Lavouto, Lagouto. Certain historians claim that the lute was introduced to Europe from the Spanish, who took it from the Arabs. Its name comes from the two double strings that it had years ago, LA and OUT, that is c. There is also an 8-stringed lute (doubles d-a-f-c); and later on, more double strings were added at the lower g and the g at the higher side, that is g-d-a-fc-g.

The pin depicts the Lute Guitar 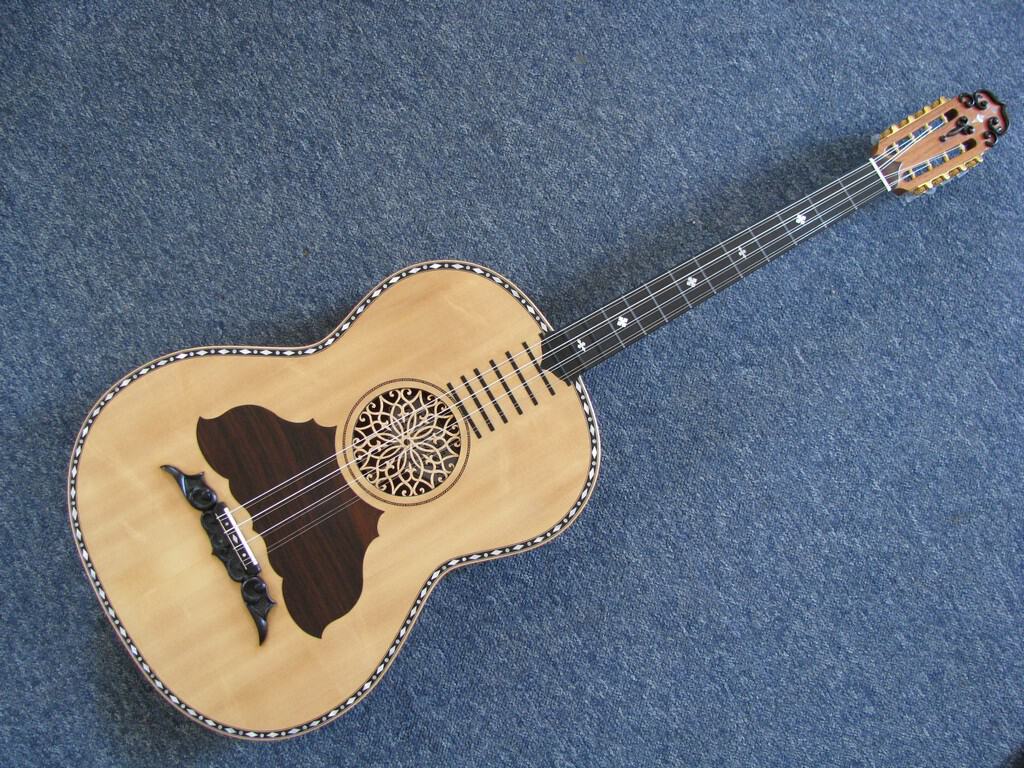