The baglamadakia or baglamas a long necked bowl-lute, is a plucked string instrument used in Greek music; it is a version of the bouzouki pitched anoctave higher (nominally D-A-D), with unison pairs on the four highest strings and an octave pair on the lower D. Musically, the baglamas is most often found supporting the bouzouki in thePiraeus city style of rebetiko.

The body is often hollowed out from a piece of wood (skaftos, construction) or else made from a gourd, but there are also baglamas with staved backs. Its small size made it particularly popular with musicians who needed an instrument transportable enough to carry around easily or small enough to shelter under a coat. During parts of the 20th century, players of the bouzouki and baglamas were persecuted by the government, and the instruments were smashed by the police.

The name comes from Turkish bağlama, a similar instrument.

The pin depicts the Baglamadakia 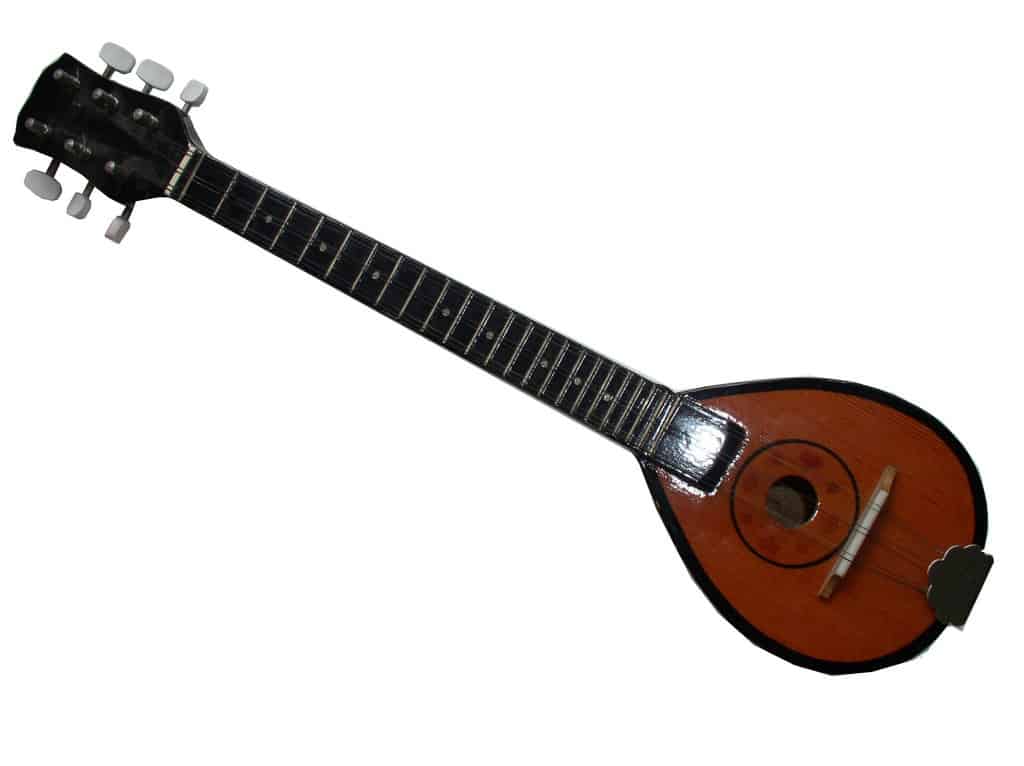