The Postcard depicts the Mascot at the Olympic Sport Artistic Gymnastics 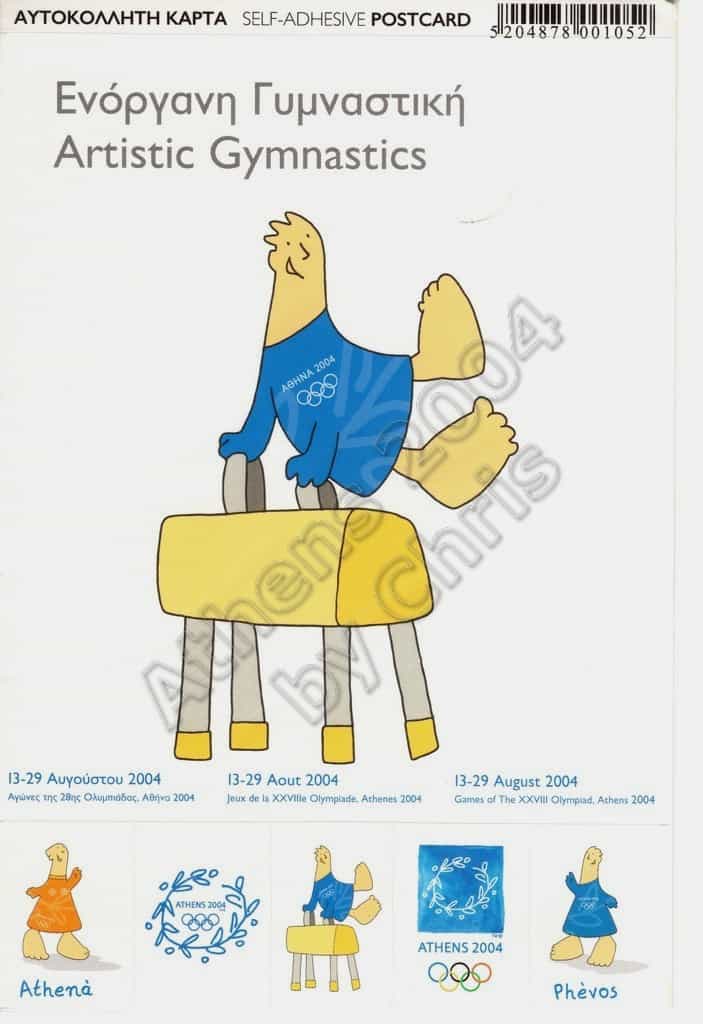