Patra is Greece’s third largest city and the regional capital of Western Greece, in the northern Peloponnese, 215 km (134 mi) west of Athens. The city is built at the foothills of Mount Panachaikon, overlooking the Gulf of Patras.

The city has hosted several international sports events, such a group stage of the football tournament in the 2004 Olympic Games.

The Apollon Theatre is a theatre in Patras, Greece. Designed by the famous German architect Ernst Ziller, it was completed in 1872. The Apollon is located east of Georgiou I Square, one of Patras’ popular squares. The theatre is a micrograph of the La Scala in Milan and is the oldest existing enclosed theatre of the same era. The Apollon Theatre has been the main stage of the Patras Municipal and Regional Theatre since 1988, and can hold up to 300 people.

The pin depicts the Apollon Theatre of Patra City 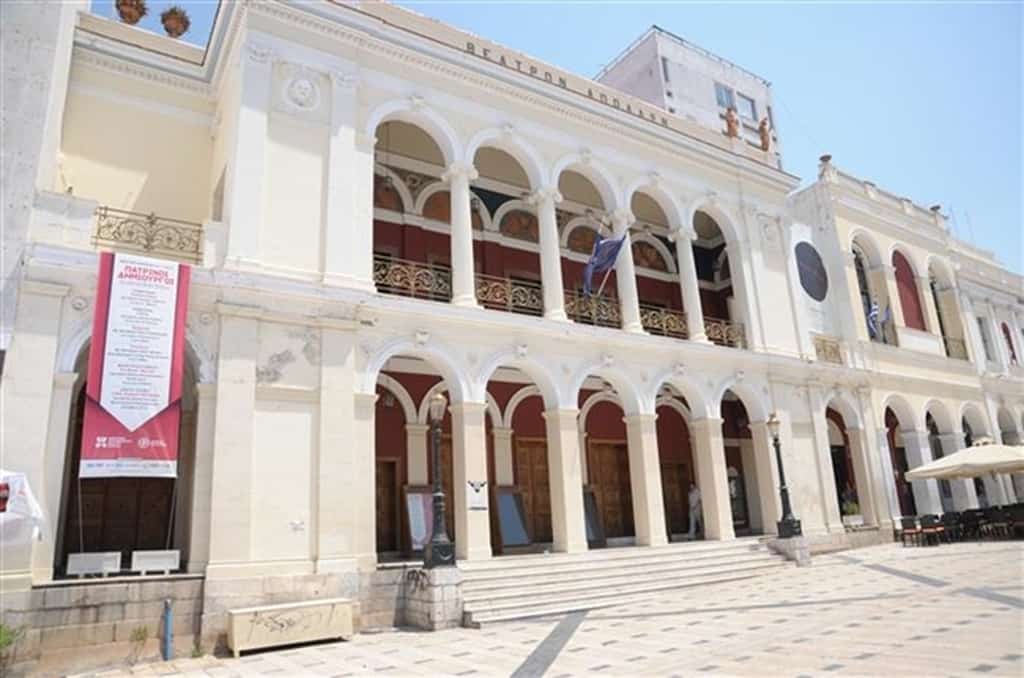