Beijing is the capital of the People’s Republic of China and one of the most populous cities in the world.

Its total population in 2013 was 21,150,000. The city proper is the 2nd most populous in the world. The metropolis, located in northern China, is governed as a direct-controlled municipality under the national government with 16 urban, suburban, and rural districts. Beijing Municipality is surrounded by Hebei Province with the exception of neighboring Tianjin Municipality to the southeast; together the three divisions form the Jingjinji metropolitan region and the national capital region of China.

The Temple of Heaven, literally the Altar of Heaven, is a medieval complex of religious buildings situated in the southeastern part of central Beijing. The complex was visited by the Emperors of the Ming and Qing dynasties for annual ceremonies of prayer to Heaven for good harvest. It has been regarded as a Daoist temple, although Chinese heaven worship, especially by the reigning monarch of the day, predates Daoism. 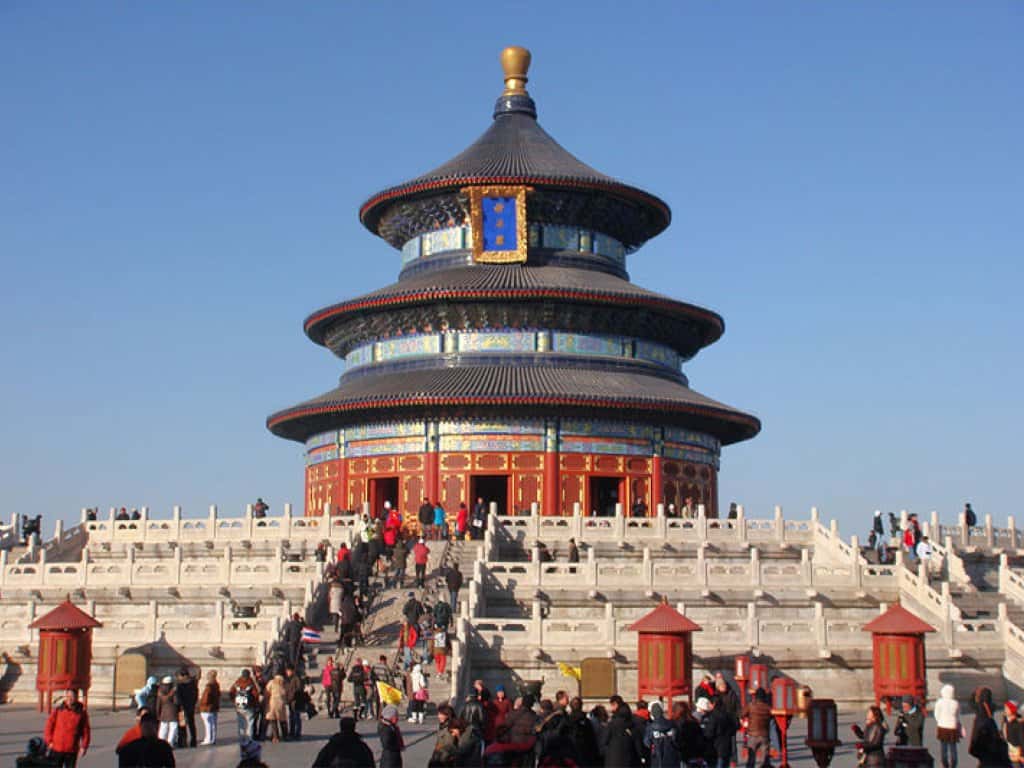