The Olympic Flame past from Greek City, Igoumenitsa.

Igoumenitsa, is a coastal city in northwestern Greece. It is the capital of the regional unit Thesprotia. Its original ancient name used to be Titani.

In ancient times Igoumenitsa was known as Titani, (Gitani, Gitana, Goumani) and was one of the most important towns of the Kingdom of Thesprotis during the 4th century BC, covering 28 hectares. The circumference of its walls was 2,400 metres. The walls had four gates. Internal walls, in the shape of a sickle, divided the city in half. Its most noteworthy tower, located at the top of the hill, was round, and is thought to have been a religious sanctuary. Excavations have revealed a theatre which seats 2,500 and ruins of two temples.

The new Port of Igoumenitsa was inaugurated at 19 September 2003. It’s located in the southern side of the land harbour area, outside of the urban area of the city and near to Ladochori village. It occupies a total area of 210 hectares from which 130 hectares are harbour area, while 80 hectares have been given for road construction, parking areas of private cars and trucks, refuelling station etc. The new Port provides 5 places of mooring Ro-Ro liners, international ferry routes, 12 piers with the ability of simultaneous mooring up to 7 ships with adequate land space.

The Igoumenitsa Port Authority primarily provides ship docking and passenger and vehicle traffic services. The port focuses on passenger traffic, through ferry connections to domestic and foreign destinations, while goods are transported mainly by trucks.

As one of the most important transport hubs in western Greece, the port of Igoumenitsa offers routes to Brindisi, Bari, Ancona, Trieste, Ravenna and Venice, as well as to the Greek destinations of Patras, Corfu and Paxos. 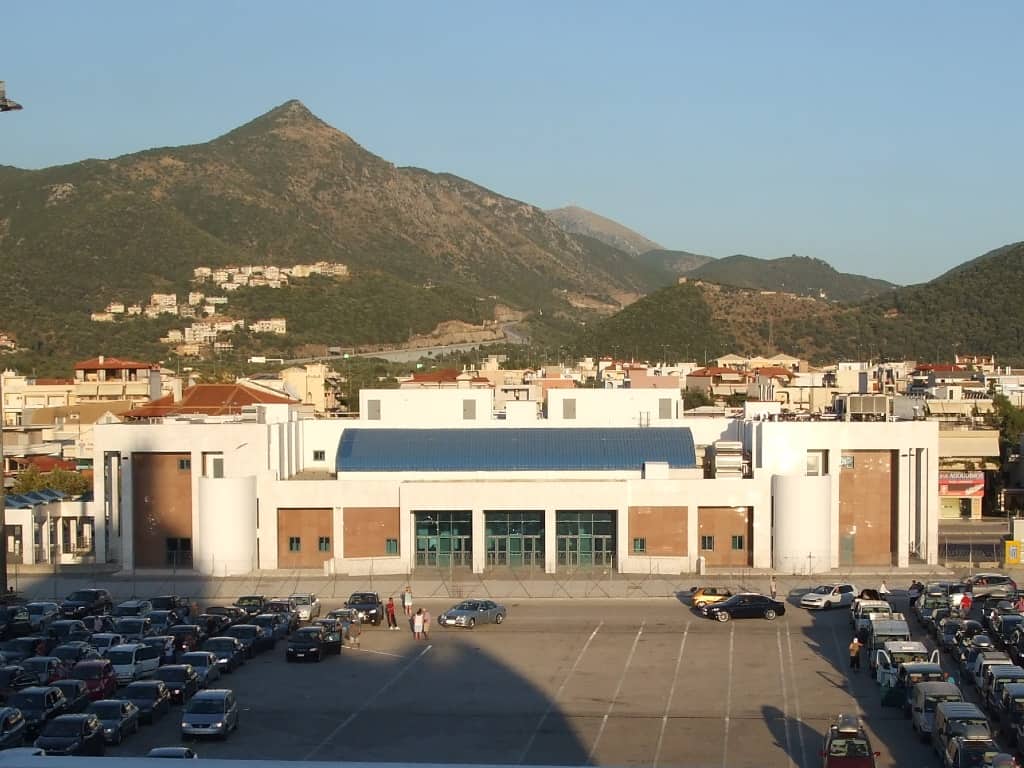