Kythnos is a Greek island and municipality in the Western Cyclades between Kea and Serifos. It is 56 nautical miles (104 km) from the harbor of Piraeus. Kythnos is 100 km2 (39 sq mi) in area and has a coastline of about 100 km (62 mi). It has more than 70 beaches, many of which are still inaccessible by road. Of particular note is the crescent-shaped isthmus of fine sand at Kolona.

Kythnos can lay claim to one of the oldest known habitations in the Cycladic islands, a Mesolithic settlement (10000 BCE – 8000 BCE) at Maroulas on the northeast coast. The site, close to the village of Loutra, is situated on the shore, and large portions have eroded into the sea. Excavations in 1996 found intact human skeletons, along with stone artifacts and part of a floor pavement, which indicates a long-term settlement, probably of hunter-gatherers.

In the 19th century, Kythnians mainly earned their living as they had for centuries before: as shepherds or by fishing. The island had few natural resources and, lacking a deep-water mooring for boats, was relatively inaccessible. Then, as the new century dawned, iron ore was discovered on the island and Kythnians were able to supplement their meager incomes by working in the mines. These mines, however, were mostly played out by World War II, and once again, the population of the island went into decline, as young people left to find employment and a better life in Athens or even further afield.

The Greek tourist boom beginning in the mid-20th century largely bypassed Kythnos because its harbor lacked a deep-water dock for ferryboats. The construction of a new mole in 1974 precipitated great changes. Today, the island is a modern, prosperous place, with a burgeoning tourist trade. It is in the forefront of alternative energy experiments, with the establishment in 1983 of Greece’s first wind park. With the addition of a photovoltaic system and storage batteries, the amount of diesel fuel required to supply the island’s electricity has been reduced by 11%. Numerous individual houses on remote coves are equipped with photovoltaic systems, and nearly all houses employ solar water heaters.

Due to its proximity to Athens, Kythnos has become a fashionable setting for vacation homes, in addition to being an accessible destination for foreign visitors. Besides its numerous beaches and picturesque villages, it also is the site of one of the largest caves in Greece, Katafiki Cave in Dryopida. This cave, first visited in the 1830s and described by the geologist Fiedler, has unique “schratten” or rock curtains, as well as speleotherms. It was the site of an iron mine until 1939 and has now been developed as a tourist attraction. 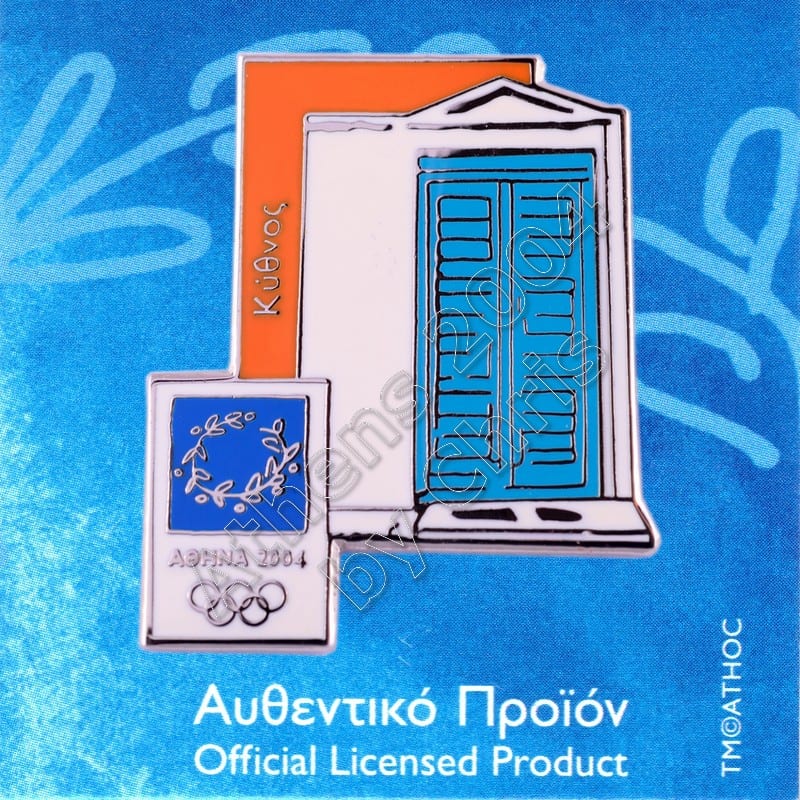