One of amazing bridges at Zagori, near Kipi village, is the bridge of Plakidas or Kalogheriko. Plakida’s Bridge is a three-arch stone bridge at Voidomatis river, near the villages Kipi and Koukouli. It is called Kalogeriko (monastic) because the old wooden bridge was replaced by a stone one, as a donation of the abbot of the monastery of Profitis Ilias in 1748. Later, in 1863 the bridge was renovated by Alexis and Andreas Plakidas, so it was also named after them.
The Bridge is a really impressive one and really worths visiting!

The pin depicts the Zagori Bridge 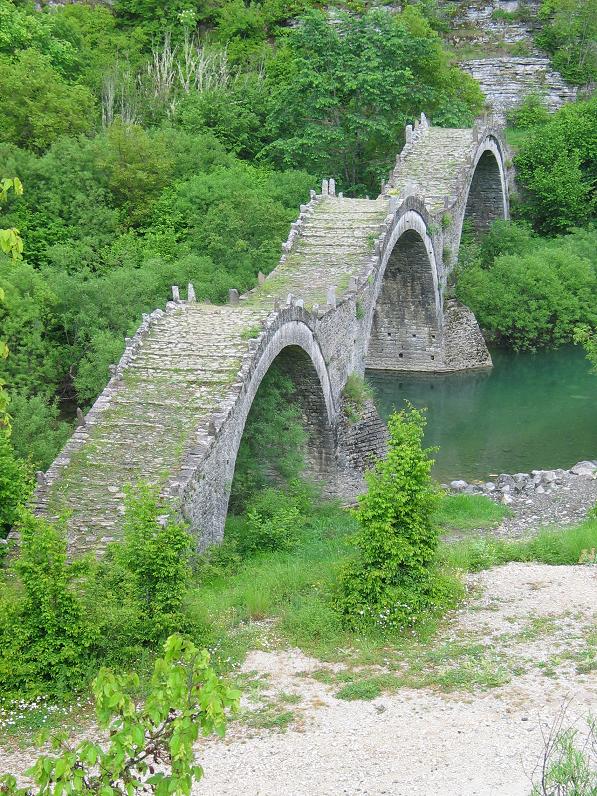 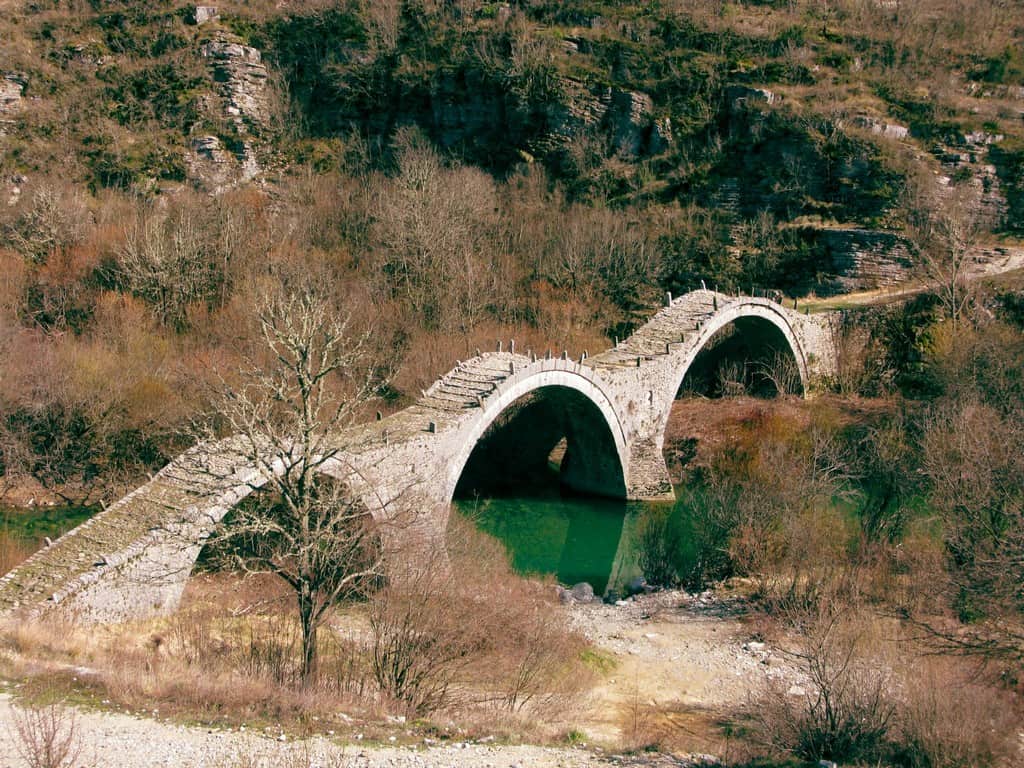 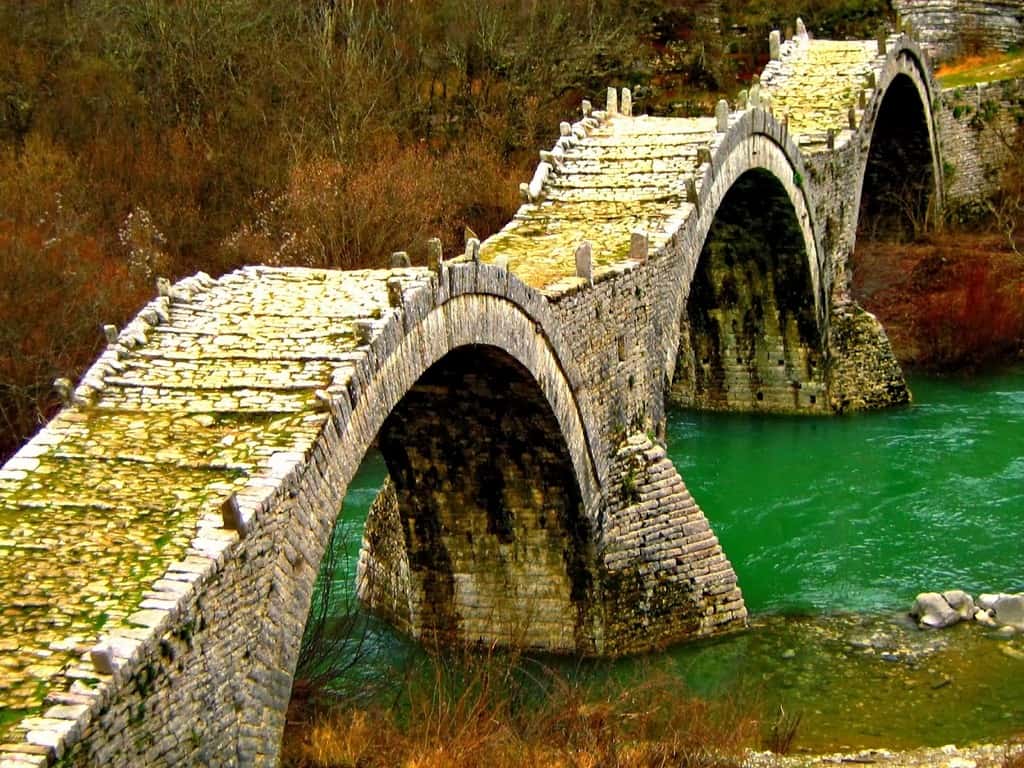