The bridge Marounginas (Trikala Bridge) was the meeting point of secular life and commercial activity of the city.
It is estimated that was built during the Turkish occupation in the early 18th century. It was double-arched stone bridge 31 meters in length and a height of 7.20 meters. He was located at the same point with the modern footbridge that connects the street Otto with Kitrilaki Square. The parapets of stone, was initially laid in 1886, were replaced with iron, after widening the deck. And that was destroyed by the English in 1941 in their retreat. In 1946 was built a wooden bridge that was based on the old pedestals. And in 1949 he was built the current concrete bridge.

The pin depicts the Trikala Bridge 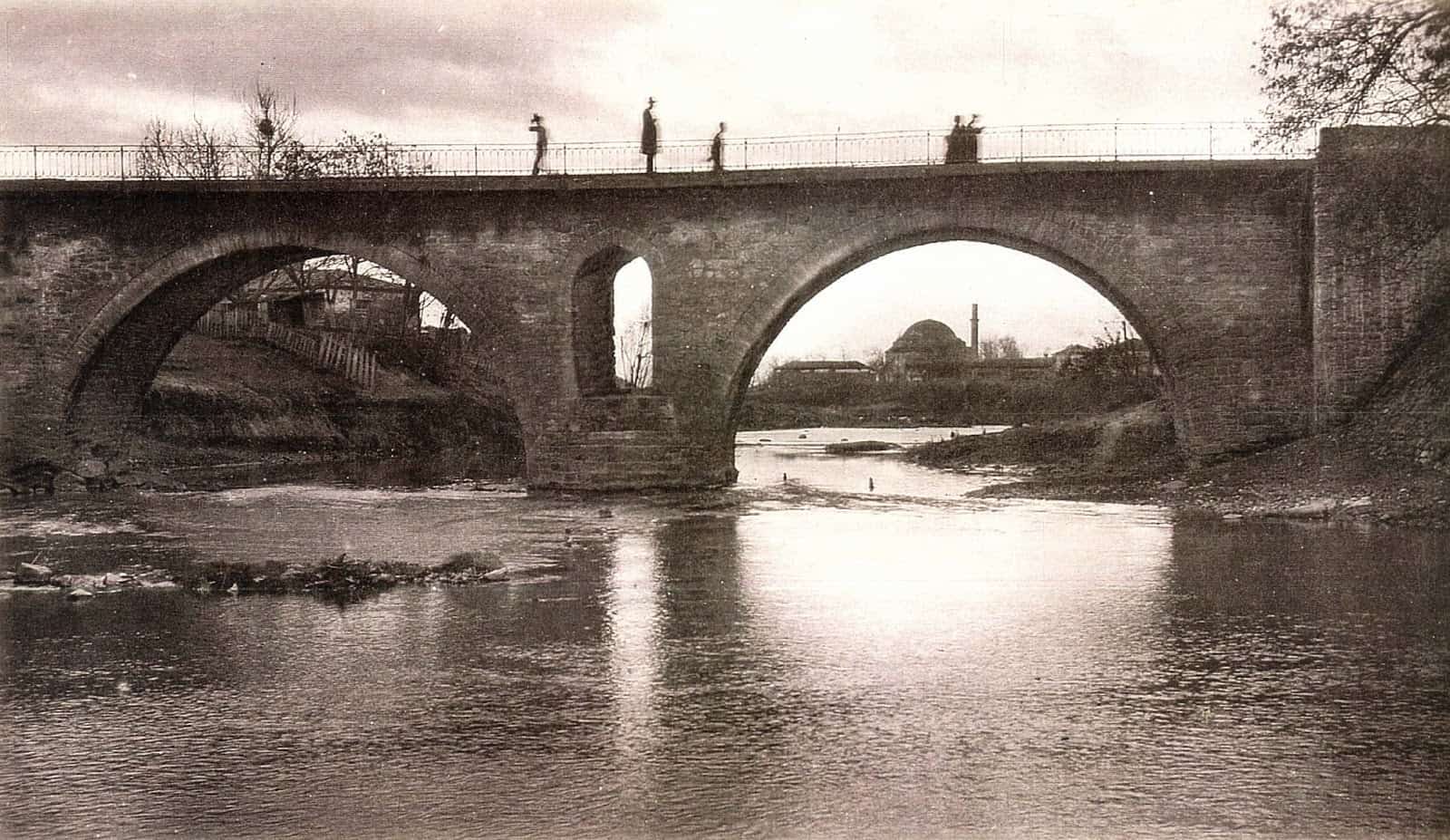