The stunning castle of Methoni is built on the peninsula of St. Nicholas and its length exceeds 700 meters. At the edge of the small fort stands Broutzi joined to the castle with artificial stone bridge.
To get someone  at the castle today will have to walk up to the impressive stone bridge with 14 arches.

The Venetian bridge was wooden and mooving and remained such until the year 1829. The new bridge that is preserved in very good condition,was built by the French of general Maison. It has four meters high, 45 long, 3 meters wide and consists of 14 arches (arches).
Up to this bridge will pass today’s visitor to enter the imposing castle, from the town of Methoni which was built  of Kapodistrias plan. This plan was drafted on May 4, 1829 by Captain Adubart, engineer regiment, of the French army of Maison.

The pin depicts the Methoni Bridge 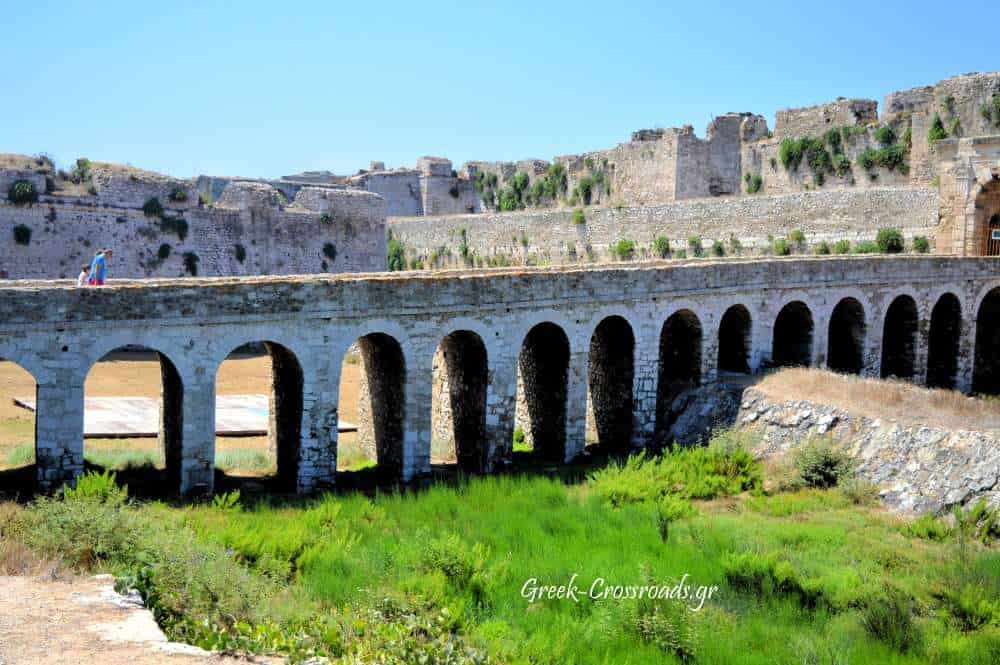 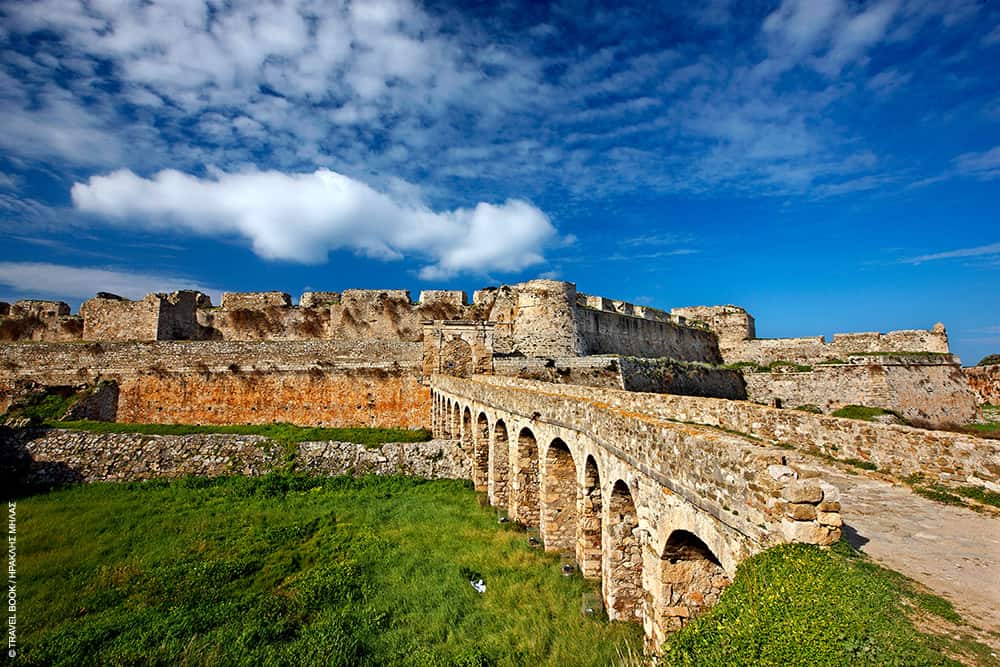