This stone bridge (Kipoi Bridge) with its unique arch is located between the villages of Koukouli, Dilofo and Kipoi, in central Zagori. It was first built in 1750 with money given by Noutsos Kontodimos but it had be repaired or even built from the begining many times. Many people participated in its maintainance, such as the miller Grigoris Kokkoris from whom it took one of its two names. The Kipoi bridge is saved in a very good condition today and there is no way you wan t see and admire it since it is situated on the central road of Zagori.

The impressive rock on its west side gives itself for some excellent rock climbing experiences in Zagorochoria.

The pin depicts the Kipoi Bridge 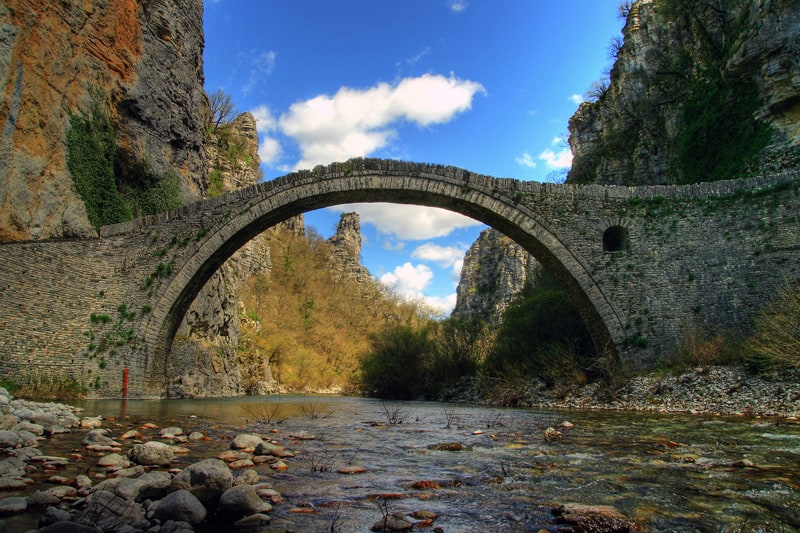 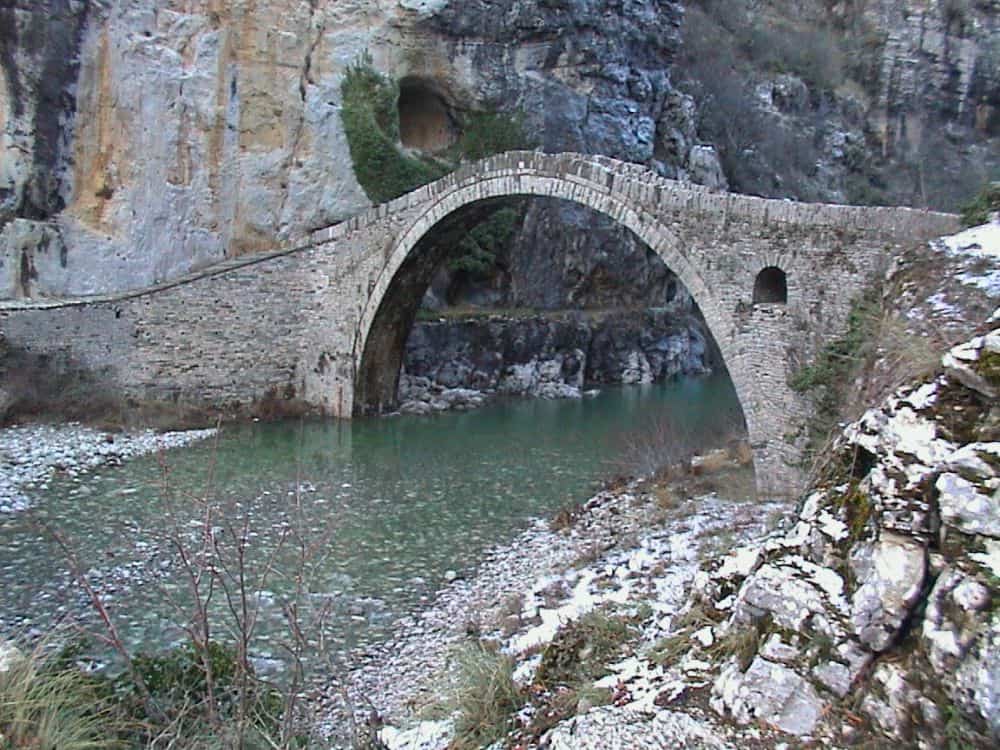 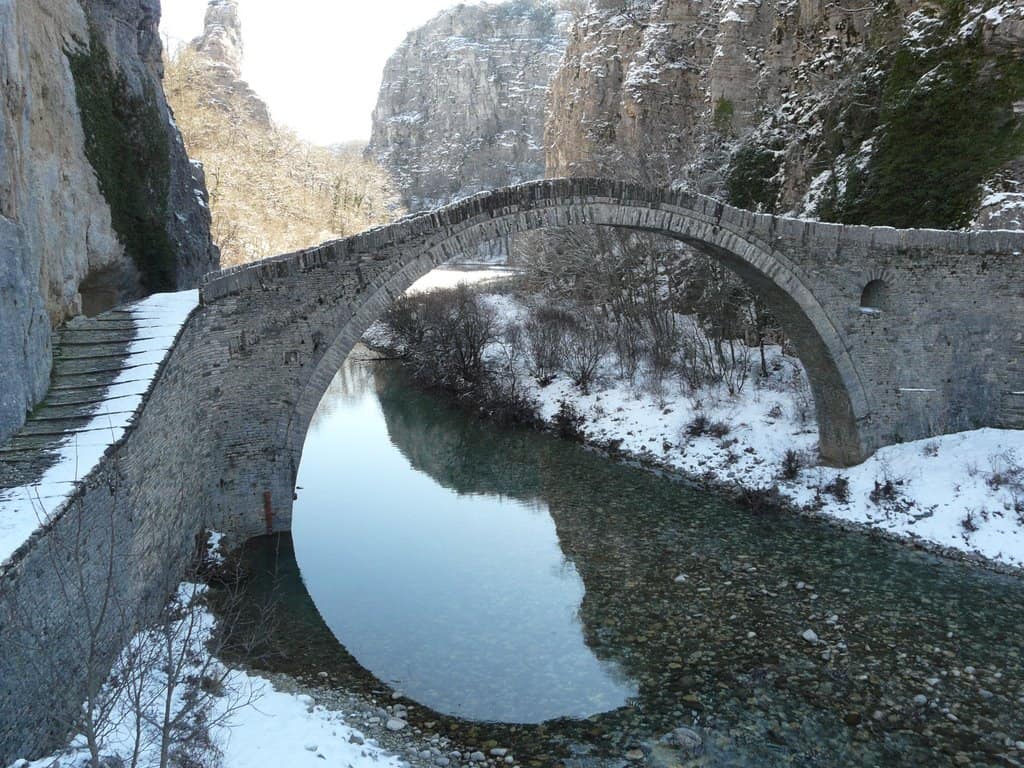 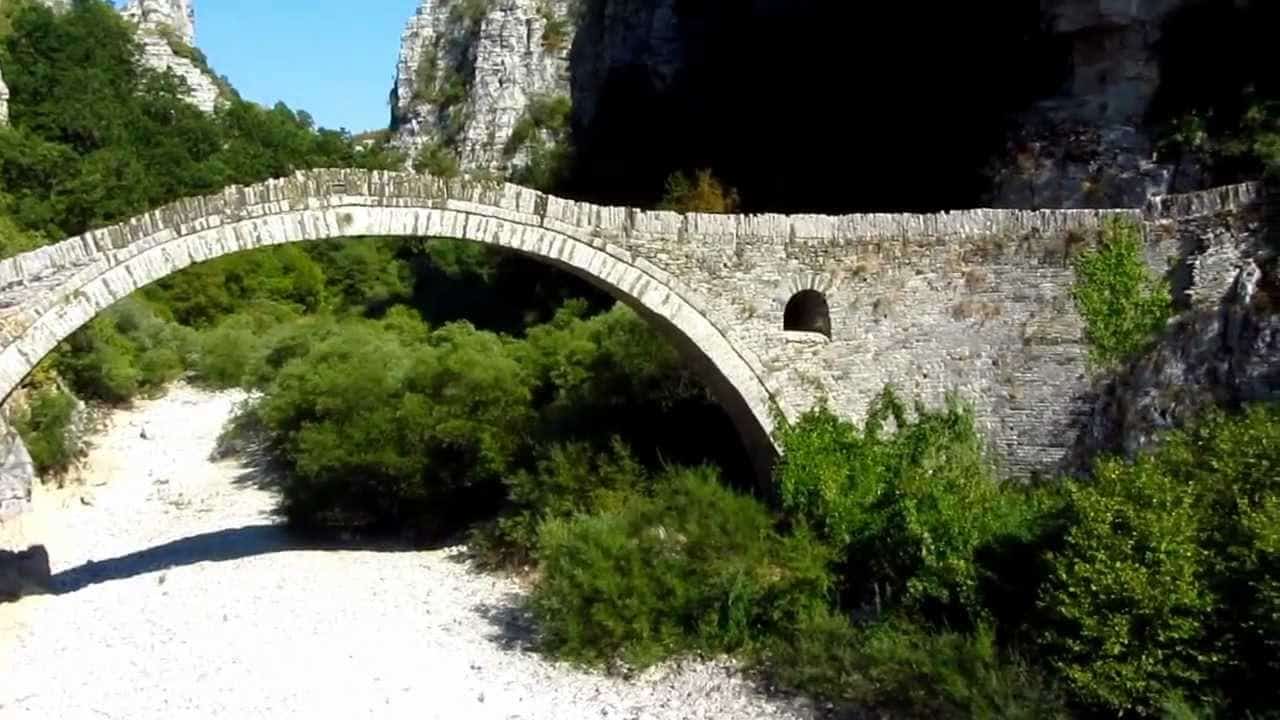