Volleyball at the 2004 Summer Olympics consisted of Indoor volleyball held at the Peace and Friendship Stadium.

Volleyball is a team sport in which two teams of six players are separated by a net. Each team tries to score points by grounding a ball on the other team’s court under organized rules. It has been a part of the official program of the Summer Olympic Games since 1964.

The pin depicts the Volleyball Equipment 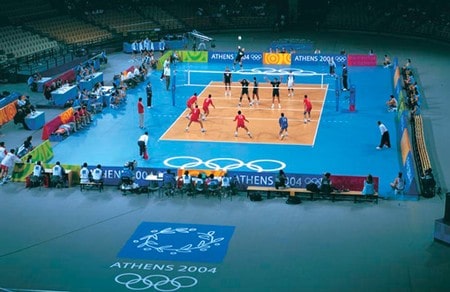 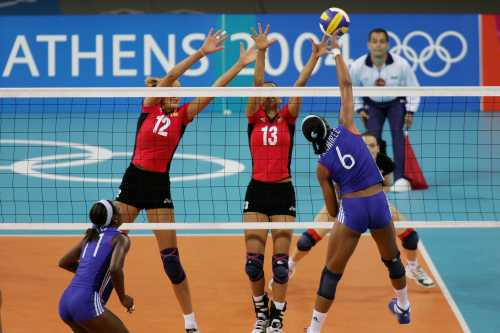 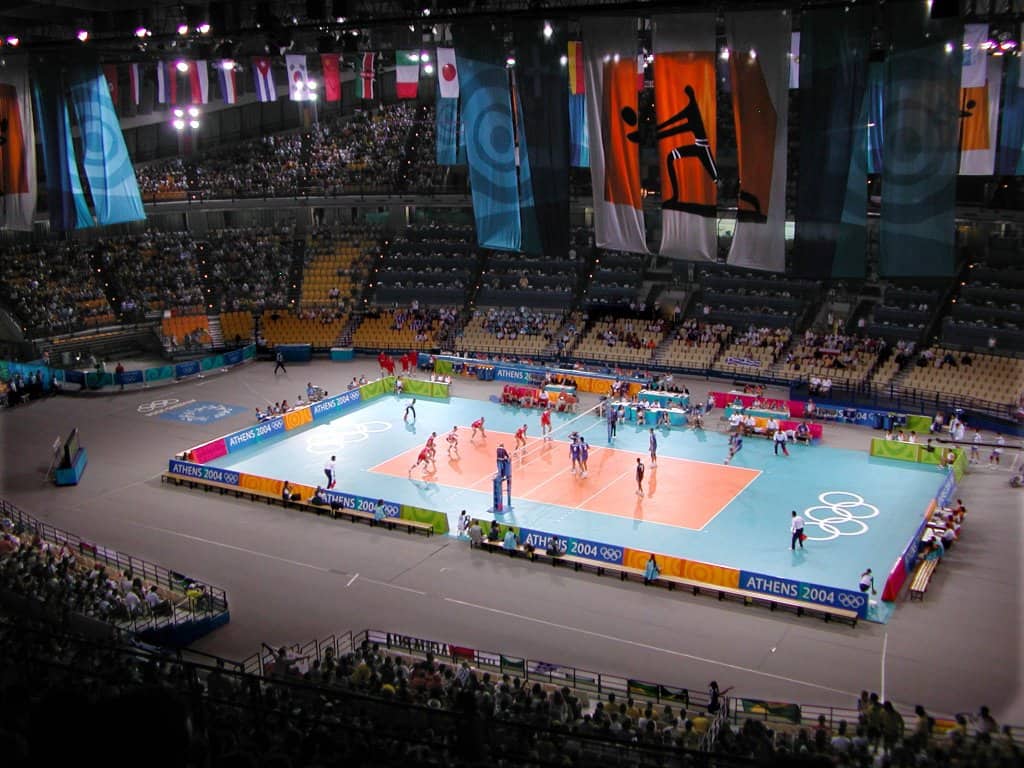 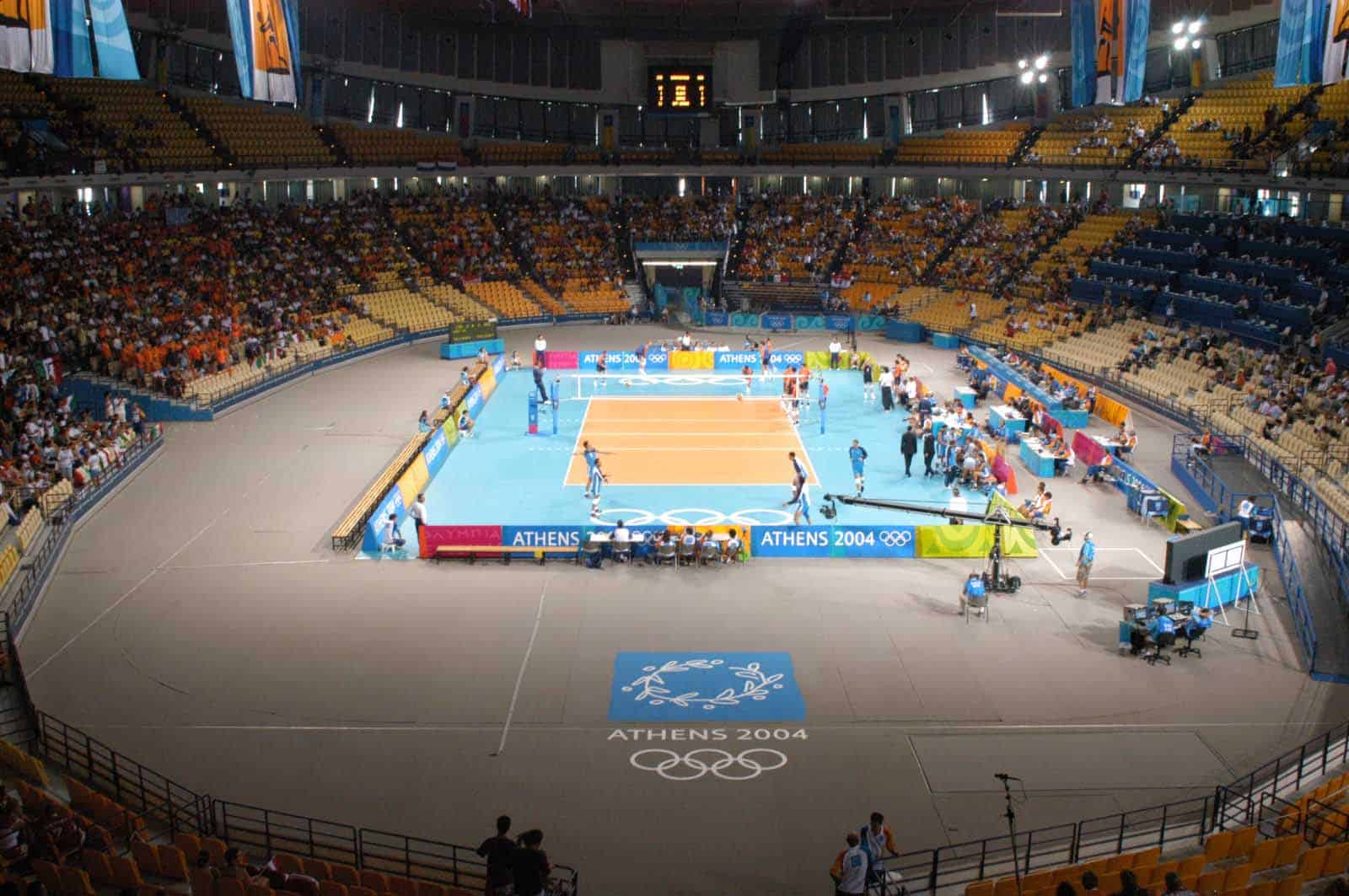