Each competitor starts the event with a 1500-metre swim course, followed by a 40 kilometre road bicycle race and finish with a 10 kilometre road run. Both leg transitions (swimming—cycling and cycling—running) are performed on a special transition area, under judge’s scrutiny and the duration of the transition is added to the final time.

The pin depicts the mascot in Triathlon Sport 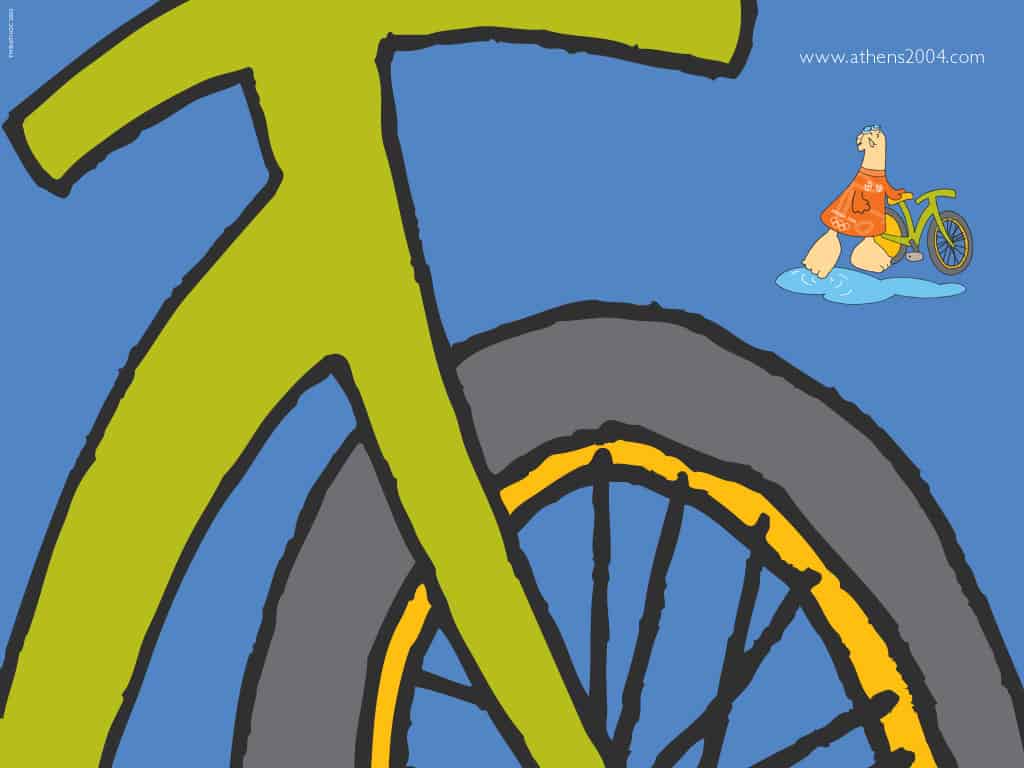