172 players competed in 4 events. 2004 saw more of the top ranked players appearing, as this tournament saw world ranking points allocated to the players for the first time

Tennis is a racket sport that can be played individually against a single opponent (singles) or between two teams of two players each (doubles). Each player uses a tennis racket that is strung with cord to strike a hollow rubber ball covered with felt over or around a net and into the opponent’s court. The object of the game is to play the ball in such a way that the opponent is not able to play a good return. The opponent who is unable to return the ball will not gain a point, while the opposite opponent will.

Tennis is an Olympic sport and is played at all levels of society and at all ages. The sport can be played by anyone who can hold a racket, including wheelchair users.

The pin depicts the Tennis Equipment 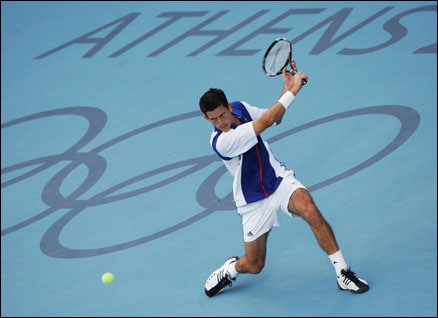 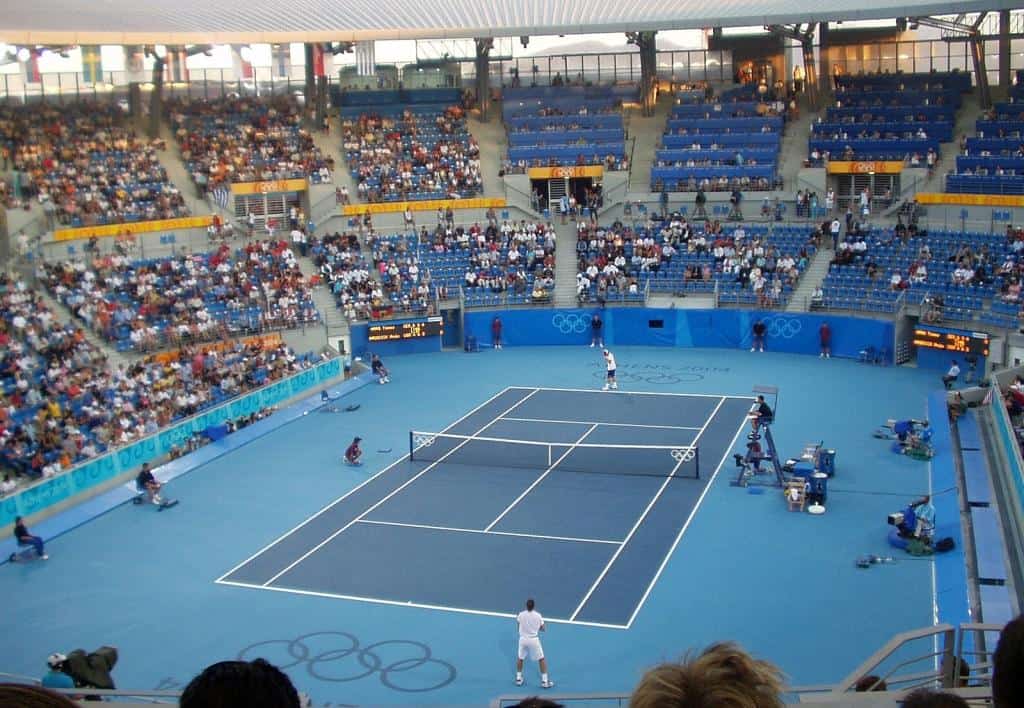 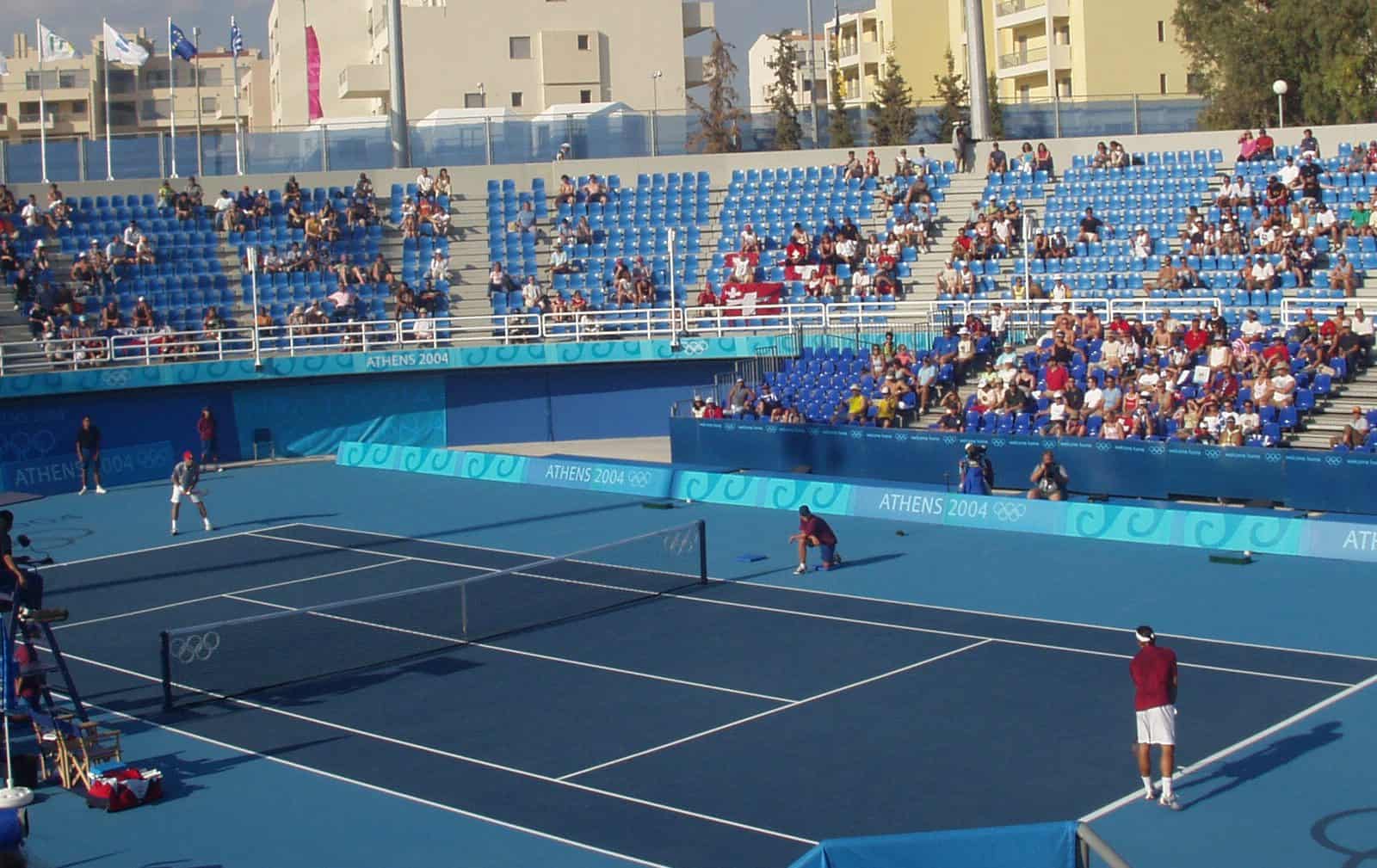