Table tennis, also known as ping pong, is a sport in which two or four players hit a lightweight ball back and forth across a table using a small, round bat. The game takes place on a hard table divided by a net. Except for the initial serve, players must allow a ball played toward them only one bounce on their side of the table and must return it so that it bounces on the opposite side. Points are scored when a player fails to return the ball within the rules. Play is fast and demands quick reactions. Spinning the ball alters its trajectory and limits an opponent’s options, giving the hitter a great advantage. When doing so the hitter has a better chance of scoring if the spin is successful.

Table tennis has been an Olympic sportsince 1988, with several event categories. In particular, from 1988 until 2004, these were: men’s singles, women’s singles, men’s doubles and women’s doubles. Since 2008, a team event has been played instead of the doubles. 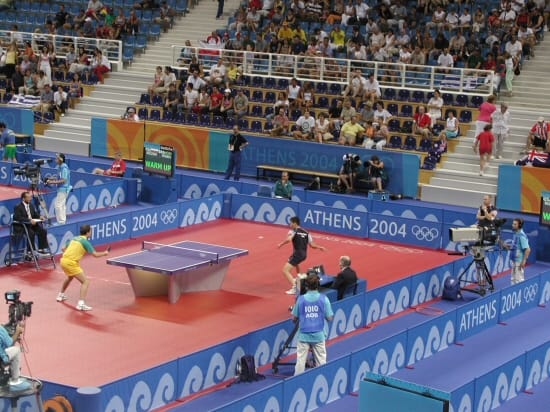 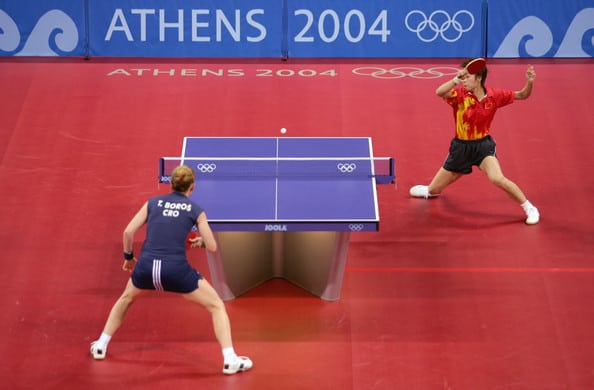 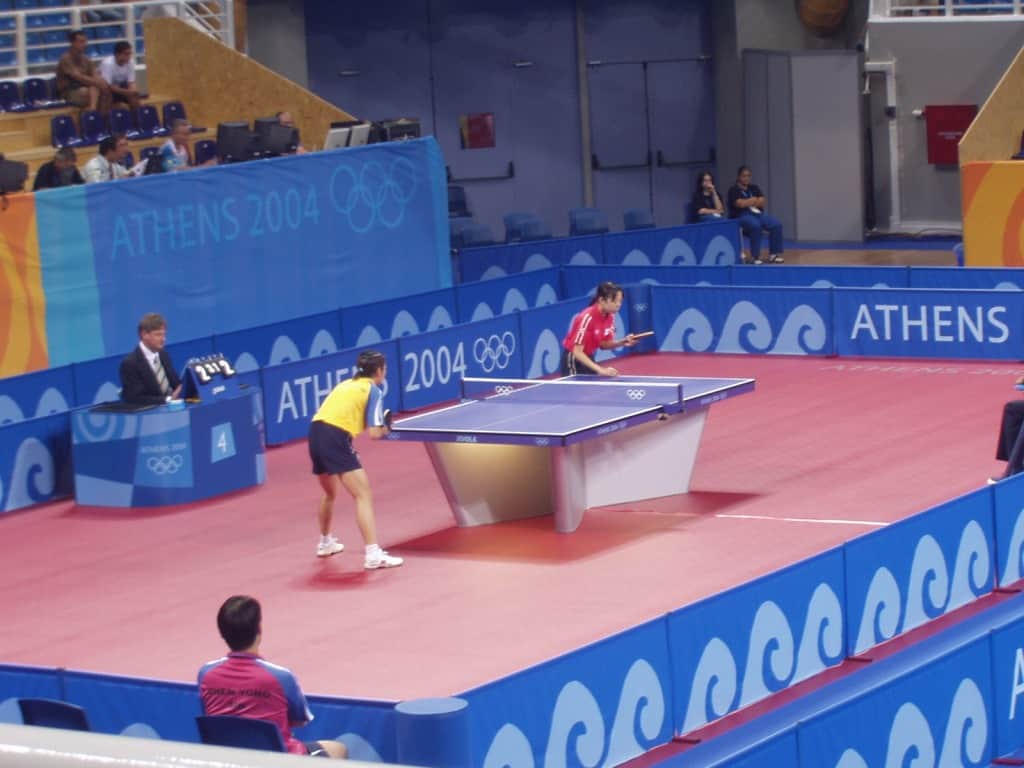 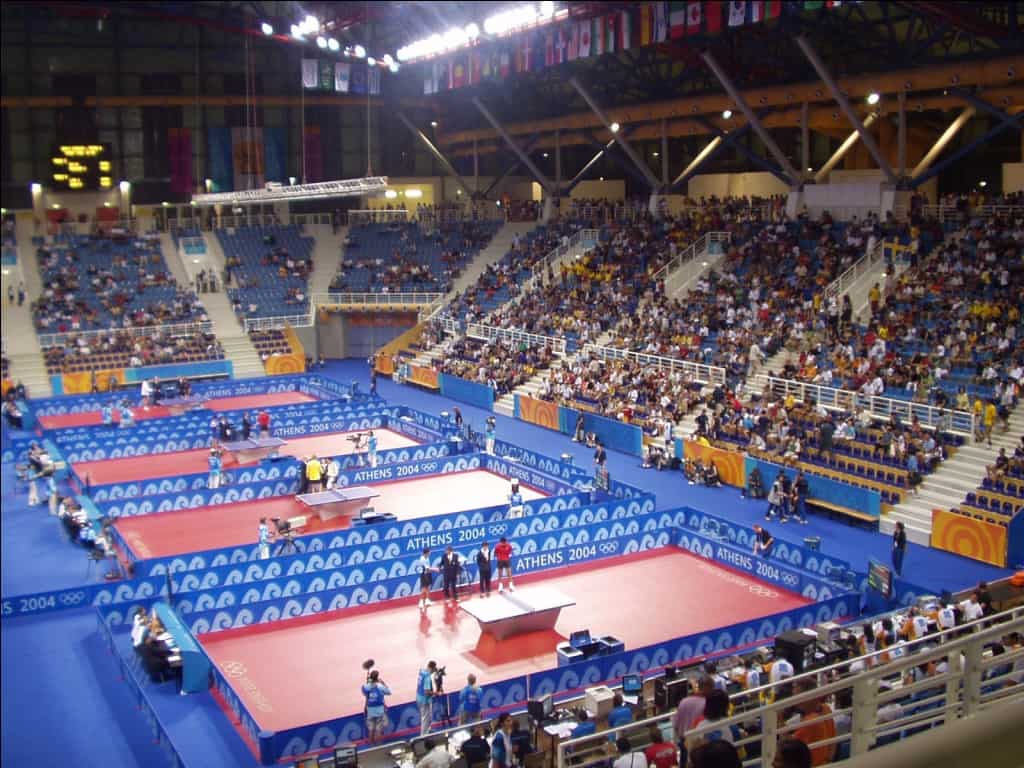