Modern pentathlon contained five events; pistol shooting, fencing, 200 m freestyle swimming, show jumping, and a 3 km cross-country run. They were held in that order, with each segment awarding points to competitors based on their performance in the segment. The points from each of the events were summed to give a final ranking; in addition, the running segment at the end of the day used a staggered start designed so that the order in which runners finished would be the same as their ranking by total points.

The pin depicts the mascot in Modern Pentathlon Sport 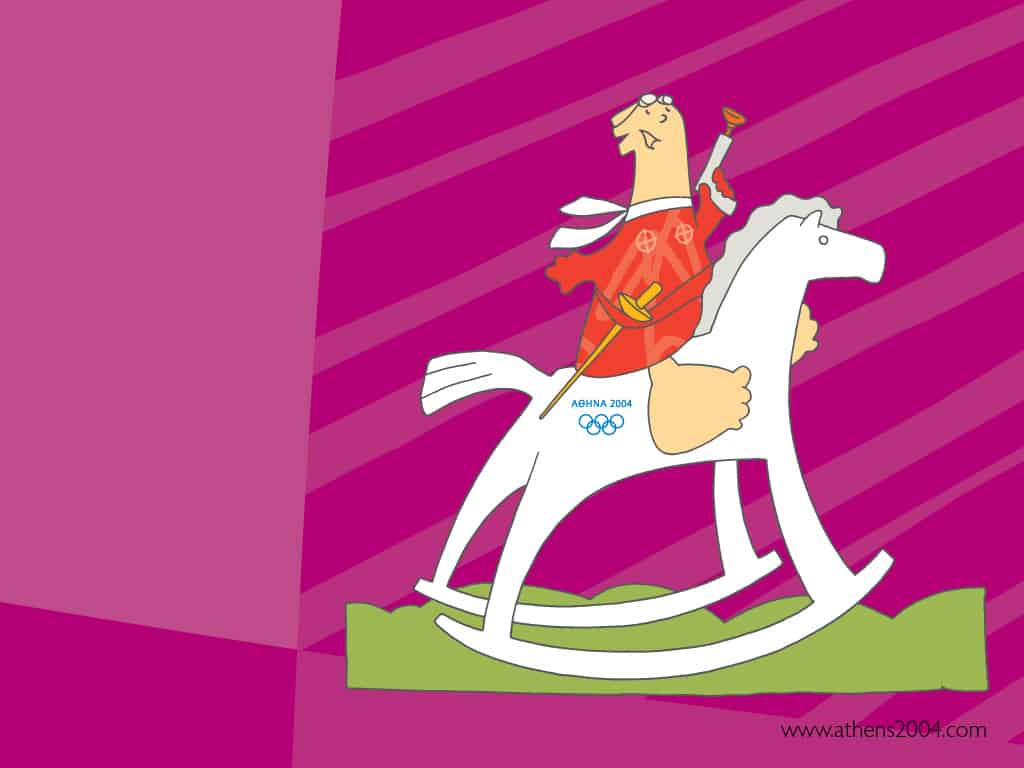