Handball at the 2004 Summer Olympics had a men’s and a women’s team competitions with the preliminary rounds taking place in the Sports Pavilion at the Faliro Coastal Zone Olympic Complex. From the quarter final stage onwards, the women’s event moved to the Helliniko Olympic Indoor Arena, a part of the Hellinikon Olympic Complex, with the men joining them there for their semi-finals and final.

The pin depicts the Handball Equipment 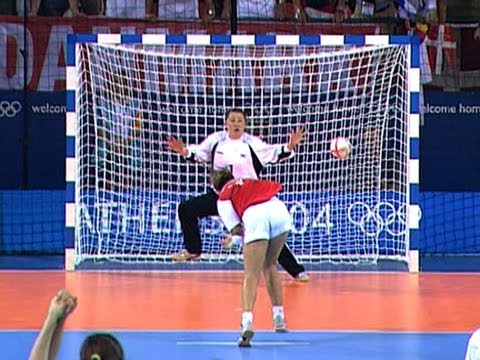 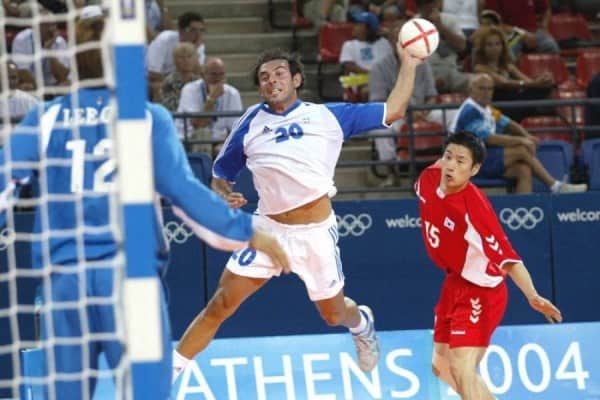 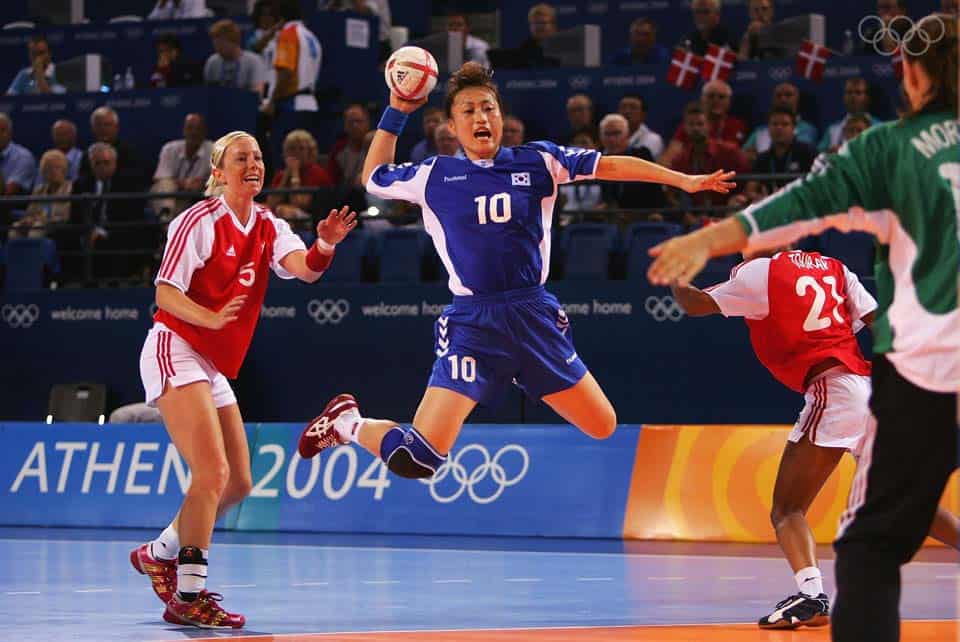 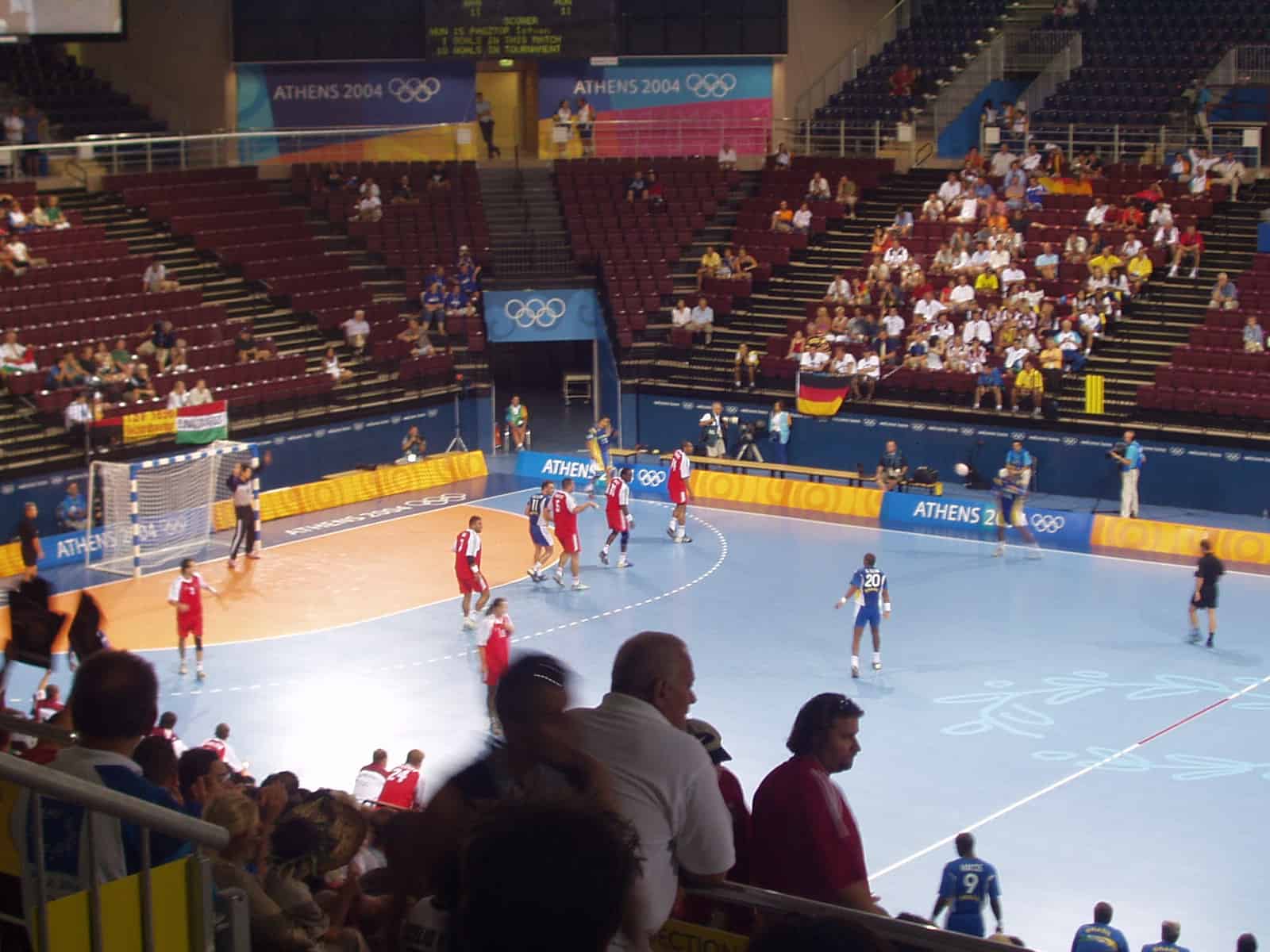