Rhythmic gymnastics is a sport in which individuals or teams of 5 or more manipulate one or two pieces of apparatus: clubs, hoop, ball, ribbon,rope and freehand (no apparatus). Rhythmic gymnastics is a sport that combines elements of ballet, gymnastics, dance, and apparatus manipulation. The victor is the participant who earns the most points, determined by a panel of judges, for leaps, balances, pirouettes (pivots), apparatus handling, and execution. The choreography must cover the entire floor and contain a balance of jumps, leaps, pivots, balances and flexibility movements. Each movement involves a high degree of athletic skill. Physical abilities needed by a rhythmic gymnast include strength, power, flexibility, agility, dexterity, endurance and hand-eye coordination. 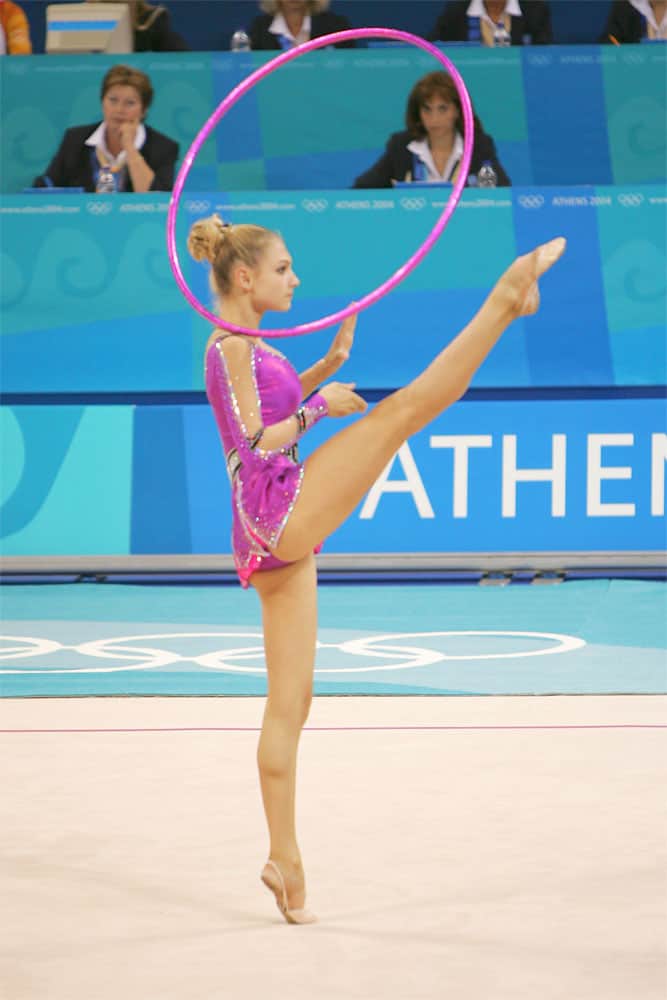