Fencing is one of only four sports that have been featured in every modern Olympic Games, and for the first time female competitors competed individually using the sabre. The Lexan window mask showing the athletes faces were used for the first time at the Olympics.

The pin depicts the Fencing Equipment 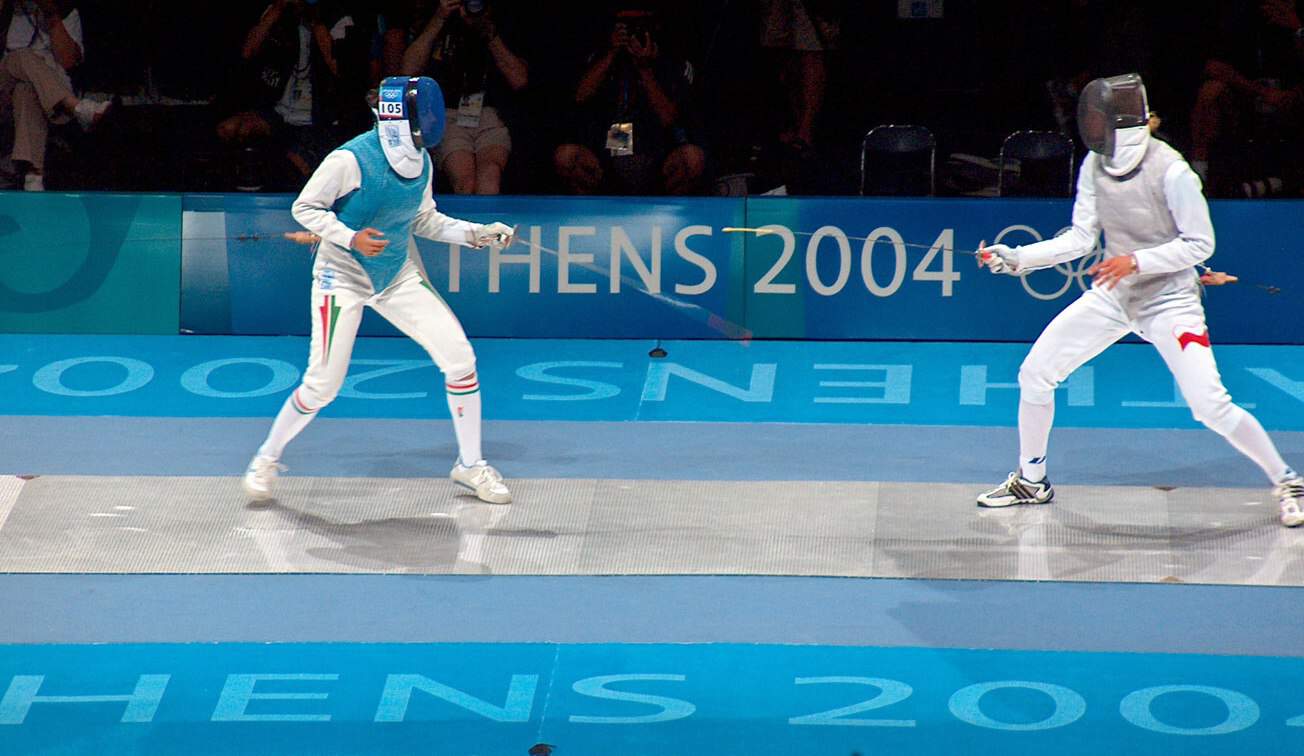 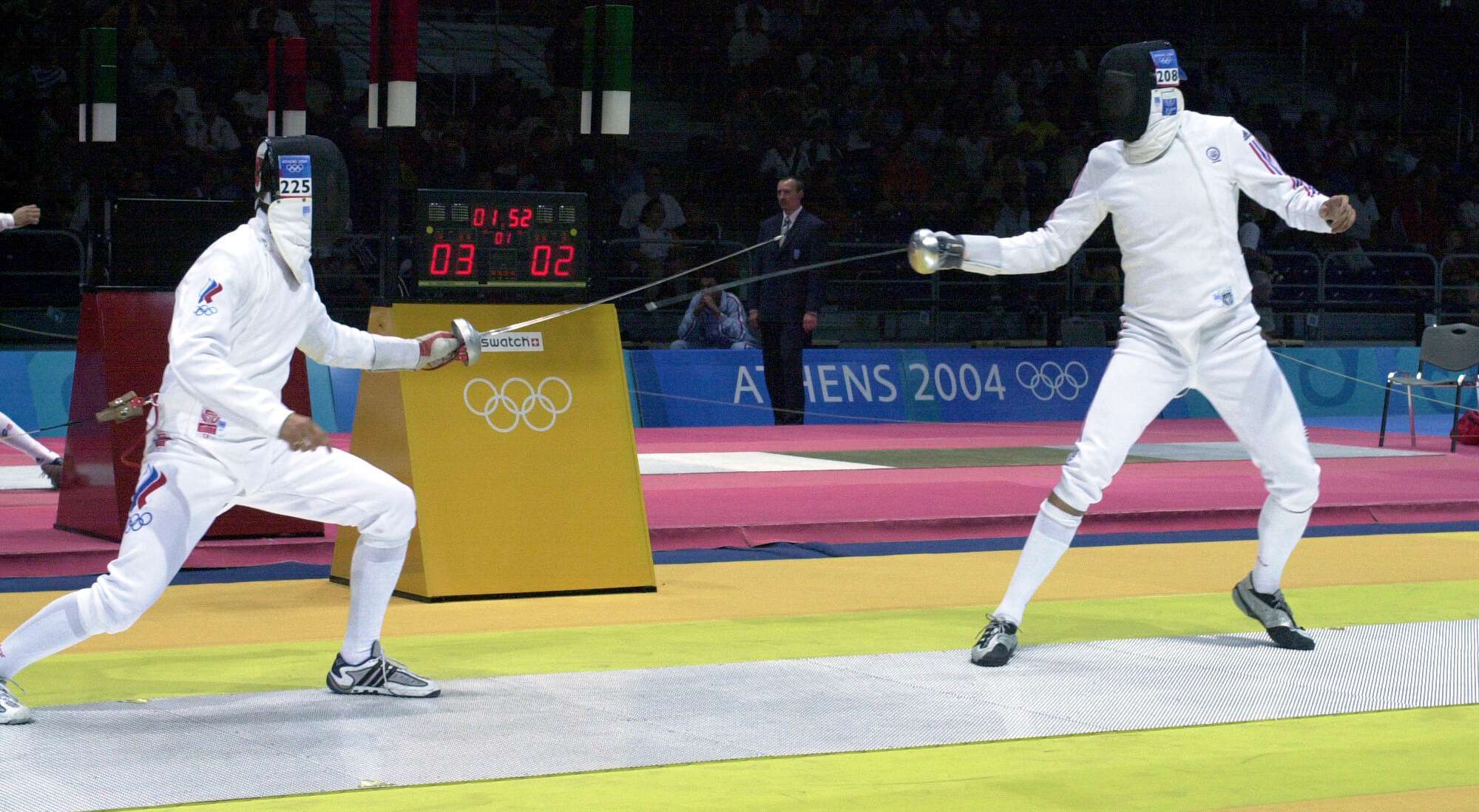