The dressage competition had 52 individual riders participate from 18 countries. 10 teams of 4 riders were fielded from Austria, Canada, Denmark, Spain, Britain, Germany, Netherlands, Sweden, the United States, and Switzerland. 2 riders were sent from Australia, France, Greece, and Russia as individuals. 1 rider was sent from Belarus, Colombia, Ireland, and New Zealand as an individual.

The pin depicts the mascot in Equestrian sport 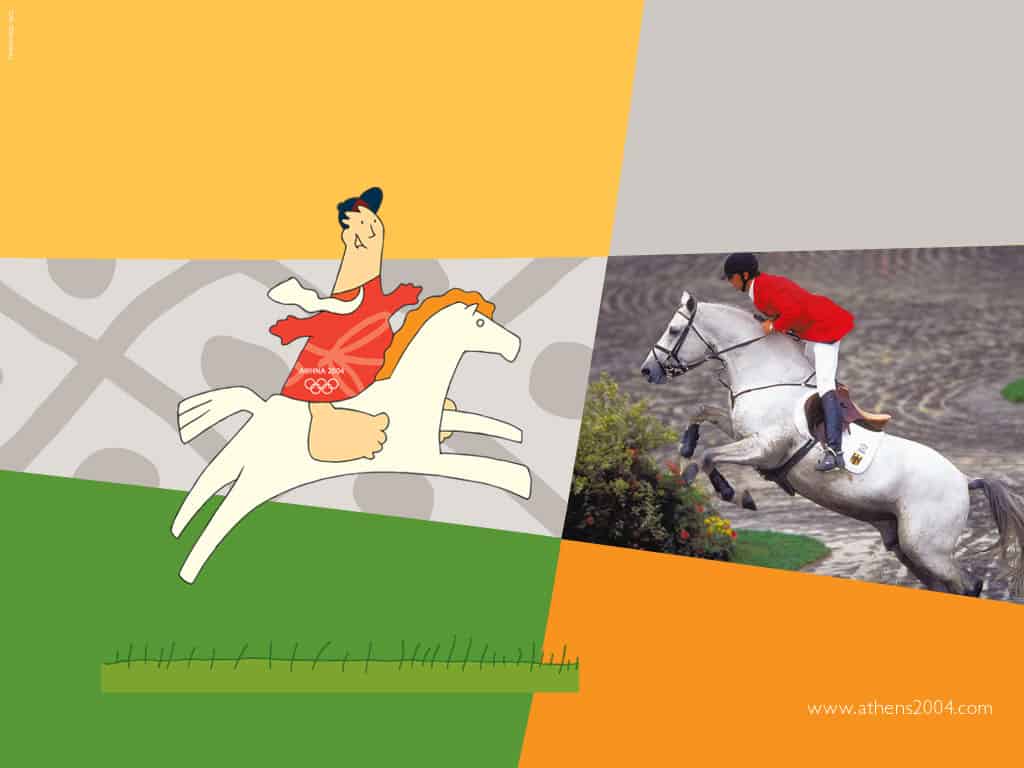