Basketball at the 2004 Summer Olympics took place at the Helliniko Olympic Indoor Arena, a part of the Hellinikon Olympic Complex, in Athens, for the preliminary rounds, with the later stages being held in the Olympic Indoor Hall at the Athens Olympic Sports Complex. The tournament was notable for Argentina’s upset victory of the heavily-favored United States men’s team.

The pin depicts the mascot in Basketball Sport 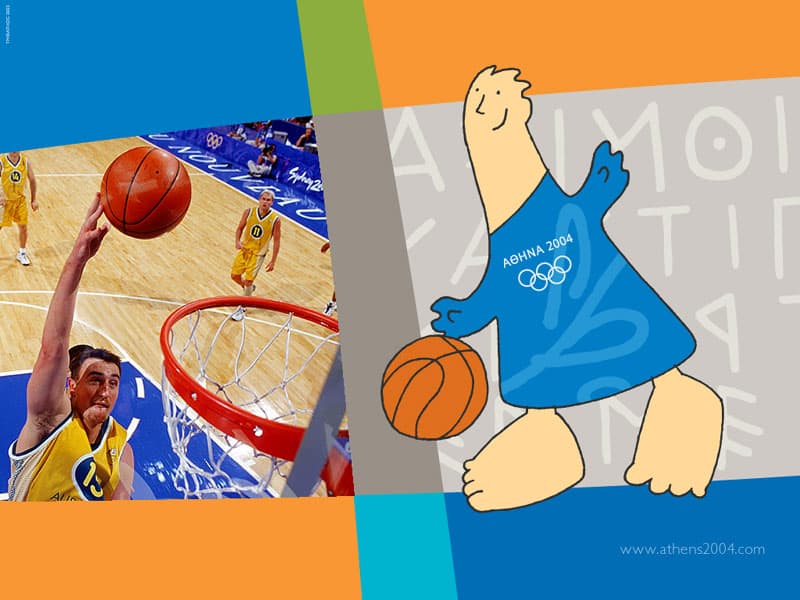