The following events were contested (all pool events were long course, and distances are in metres unless stated):

The pin depicts the Swimming Equipment 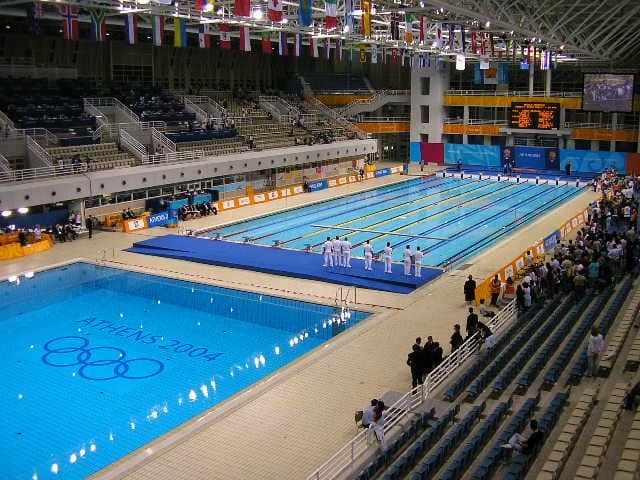