Wheelchair rugby, (originally murderball, and known as quad rugby in the United States), is a team sport for athletes with a disability. It is practised in over twenty-five countries around the world and is a summer Paralympic sport.

The pin depicts an athlete of Wheelchair Rugby Paralympic Sport 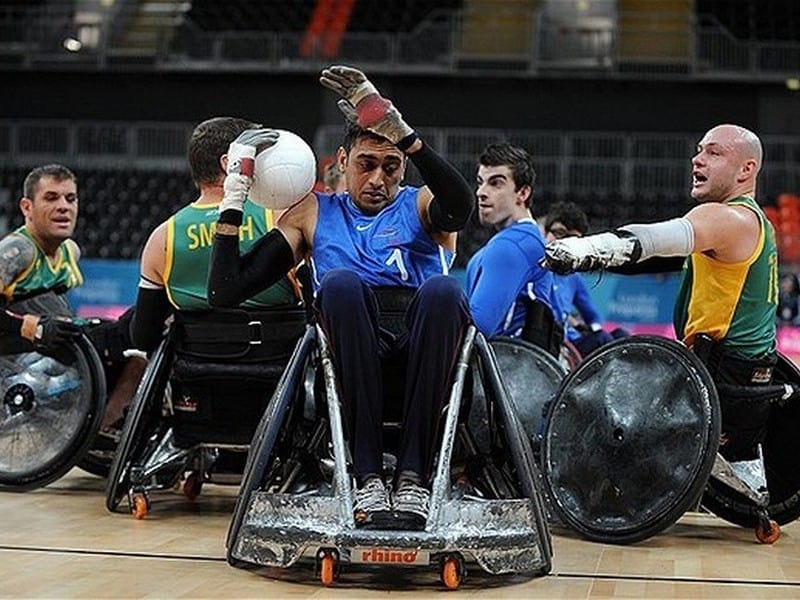