Ips Shooting Paralympic has been competed at the Summer Paralympic Games since 1976. Events include men’s, women’s, and mixed events using rifles and pistols.

Paralympic shooting is an adaptation of shooting sports for competitors with disabilities. Shooting is a test of accuracy and control, in which competitors use pistols or rifles to fire a series of shots at a stationary target. Each shot is worth a maximum score of 10 or a decimal value of 10.9 points. Athletes use .22 caliber rifles, pistols and .177 caliber air guns (compressed air or pneumatic). Paralympic shooting first appeared in the Summer Paralympics at the 1976 Toronto Games.

The pin depicts an athlete of Shooting Paralympic Sport 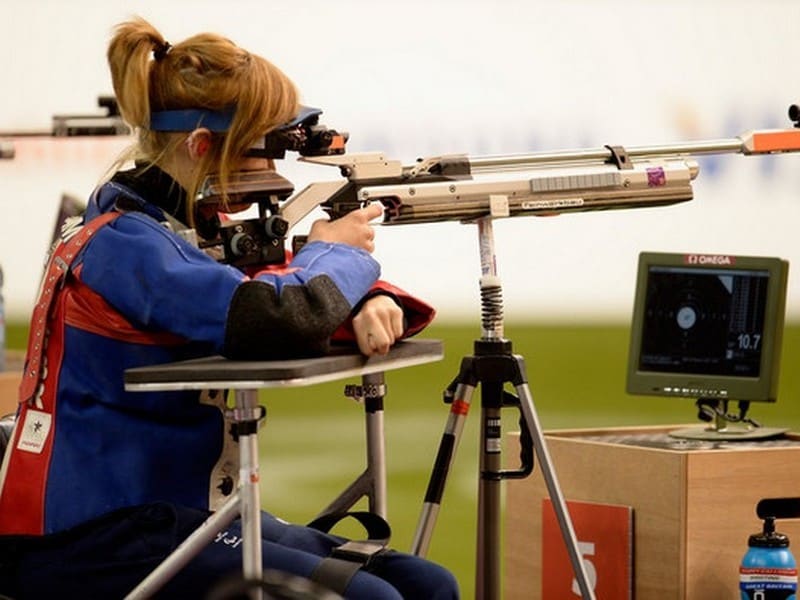