Boccia Paralympic has been contested at the Summer Paralympics since the 1984 Games in New York and Stoke Mandeville. Five boccia events were held at those games, two for men, two for women, and one mixed event where men and women competed together. Since then, all boccia events at the Paralympics have been mixed. Athletes in this sport have cerebral palsy and are given a classification according to the extent of their disability. There were originally two classes, C1 and C2, with C1 corresponding to those with more severe impairment. In 1996 a “C1 with aid device” class was added, and in 2000 the system was changed to have four classes, BC1 through BC4.

The pin depicts an athlete of Boccia Paralympic Sport 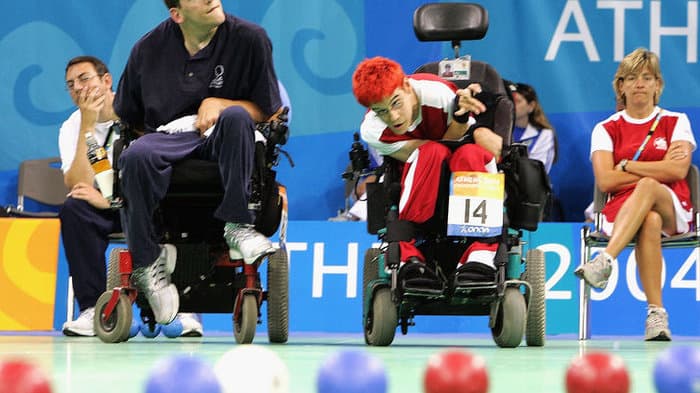