Archery Paralympic Sport  is open to athletes with a physical disability. Classifications are broken up into three divisions: W1, spinal cord injured and Cerebral Palsy athletes with impairment in all four limbs. W2, wheelchair users with full arm function. W3, standing amputee, Les Autres and Cerebral Palsy standing athletes. Some athletes in the standing group will sit on a high stool for support but will still have their feet touching the ground. Archery Paralympic Sport has been contested at every Summer Paralympic Games since they were first held in 1960.

The pin depicts an athlete of Archery Paralympic Sport 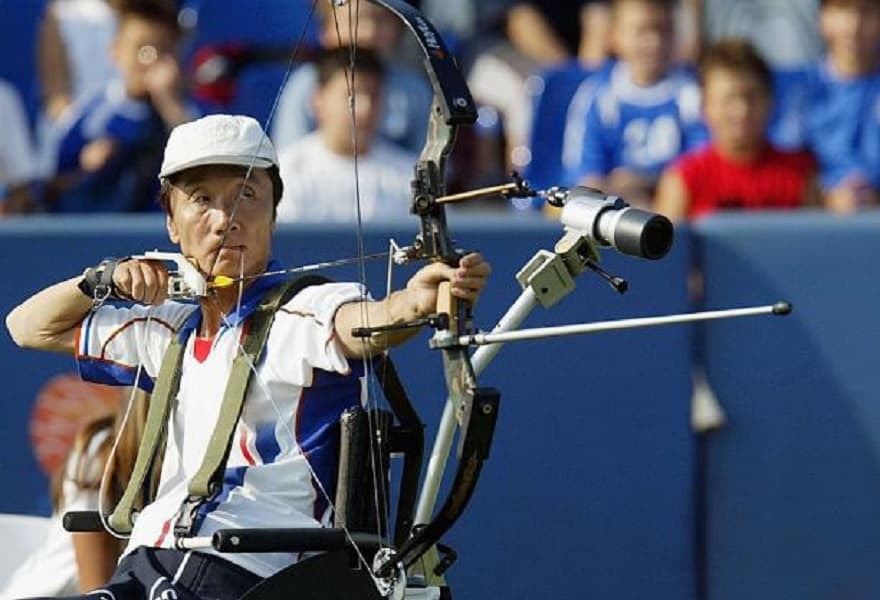