Wheelchair fencing has been contested at every Summer Paralympic Games since they were first held in 1960.

The pin depicts an athlete of Wheelchair Fencing Paralympic Sport 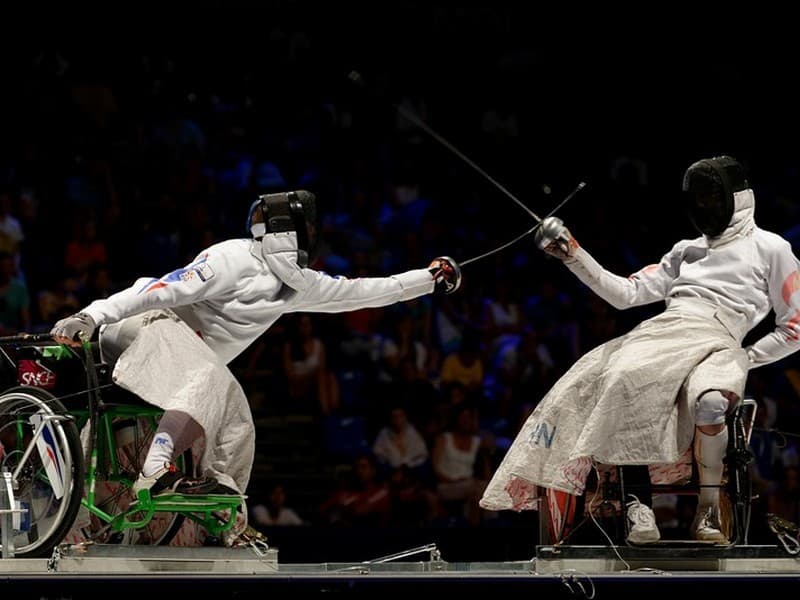