Sailing Paralympic has been an official part of the Summer Paralympic Games since 2000, after being a demonstration sport in 1996. The International Association for Disabled Sailing is responsible for coordinating the event with the International Paralympic Committee and the hosts.

Sailing comprises wind propulsion of a craft by means of sails and steering it over water, ice or land, depending on the type of craft. A sailor manages the force of the wind on the sails by adjusting their angle with respect to the moving sailing craft and sometimes by adjusting the sail area. The force transmitted from the sails is resisted by forces from the hull, keel, and rudder of a sailing craft, by forces from skate runners for an iceboat, and by forces from wheels for a land sailing craft to allow steering a course on a point of sail with respect to the true wind.

The pin depicts an athlete of Sailing Paralympic Sport 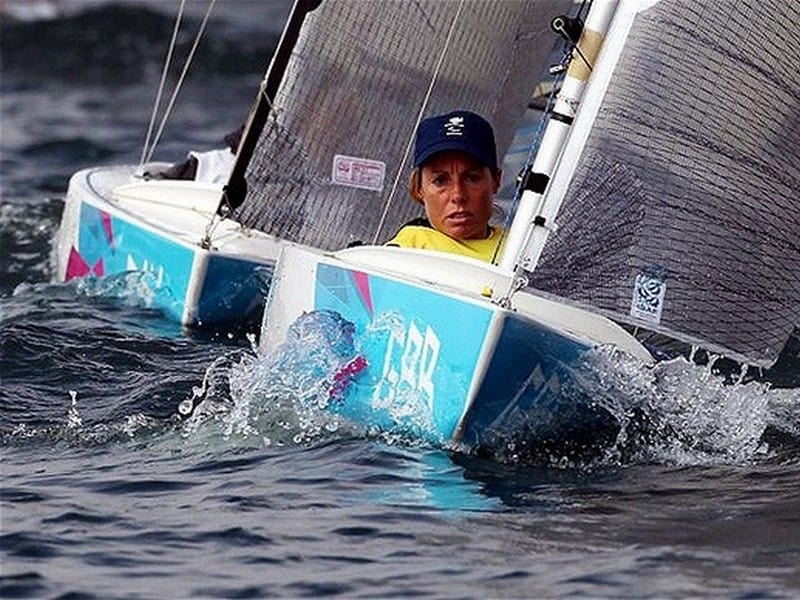