The stickers depicts Mascot in Football Sport and Thessaloniki City 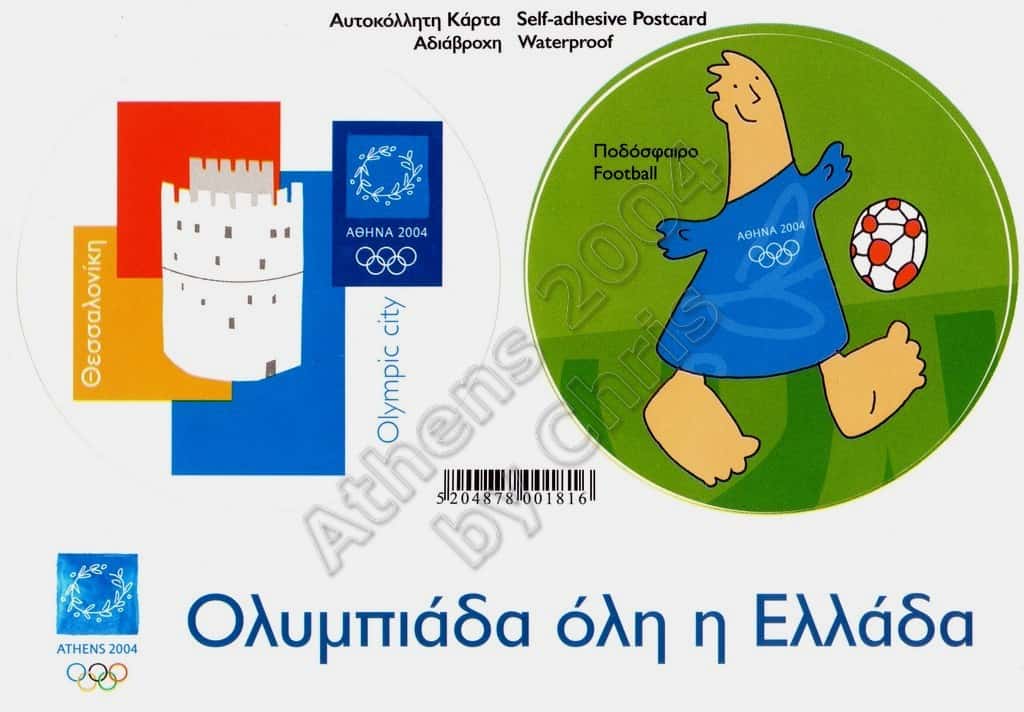