Mascot in Globe Athens 2004 Self Adhesive Postcard Plus Album 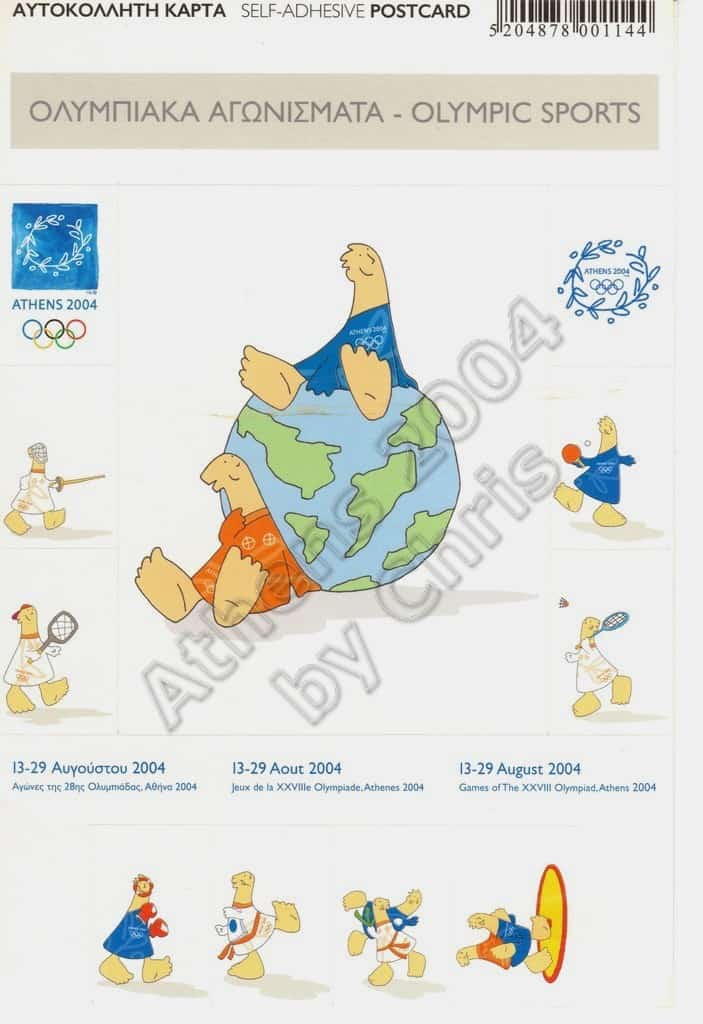