The Postcard includes Stickers with Mascot at the Olympic Sports 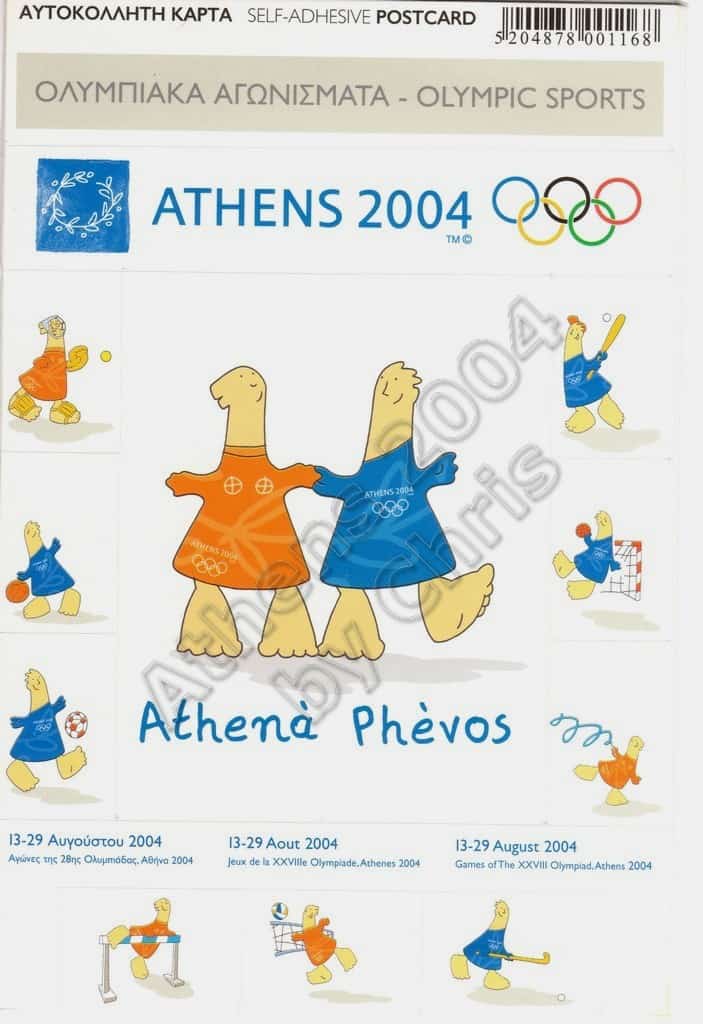