Thessaloniki is the second-largest city in Greece and the capital of Greek Macedonia, the administrative region of Central Macedoniaand the Decentralized Administration of Macedonia and Thrace.

Being the largest “multi-sport” stadium in the city, Kaftanzoglio Stadium regularly plays host to athletics events. In 2004 the stadium served as an official Athens 2004 venue.

The White Tower of Thessaloniki is a monument and museum on the waterfront of the city of Thessaloniki. The present tower replaced an old Byzantine fortification, known to have been mentioned around the 12th century, that the Ottoman Empire reconstructed to fortify the city’s harbour sometime after Sultan Murad II captured Thessaloniki in 1430. The tower became a notorious prison and scene of mass executions during the period of Ottoman rule.

The pin depicts the White Tower of Thessaloniki City 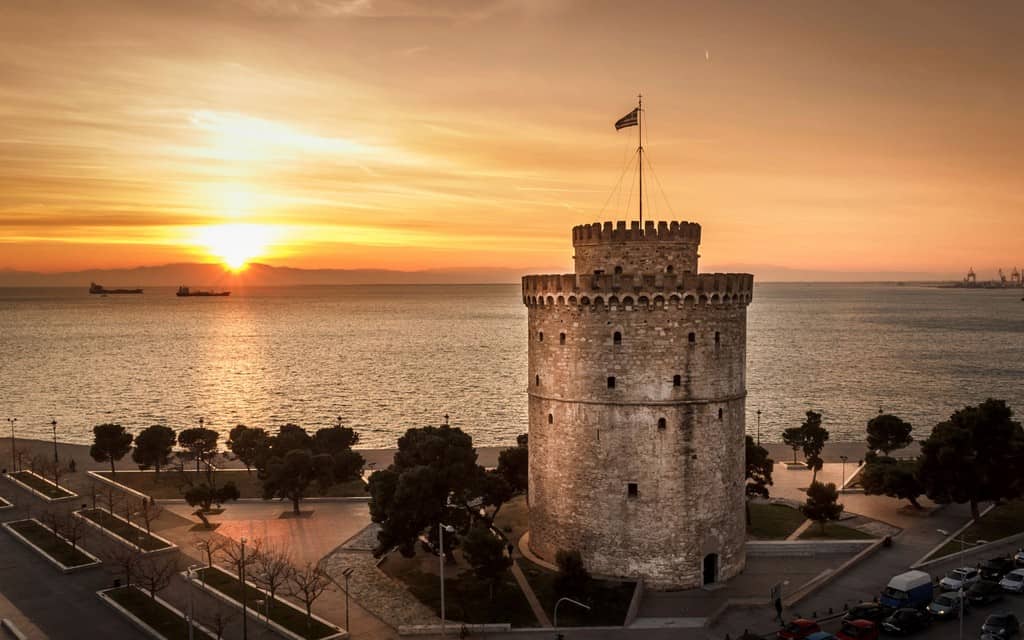