The European Union (EU) is a politico-economic union of 28 member states that are located primarily in Europe. It has an area of 4,324,782 km2 (1,669,808 sq mi), and an estimated population of over 510 million. The EU has developed an internal single market through a standardised system of laws that apply in all member states. EU policies aim to ensure the free movement of people, goods, services, and capital within the internal market, enact legislation in justice and home affairs, and maintain common policies on trade, agriculture, fisheries, and regional development. Within the Schengen Area, passport controls have been abolished. A monetary union was established in 1999 and came into full force in 2002, and is composed of 19 EU member states which use the euro currency.

In 2004 the European Union consisted of 25 countries. 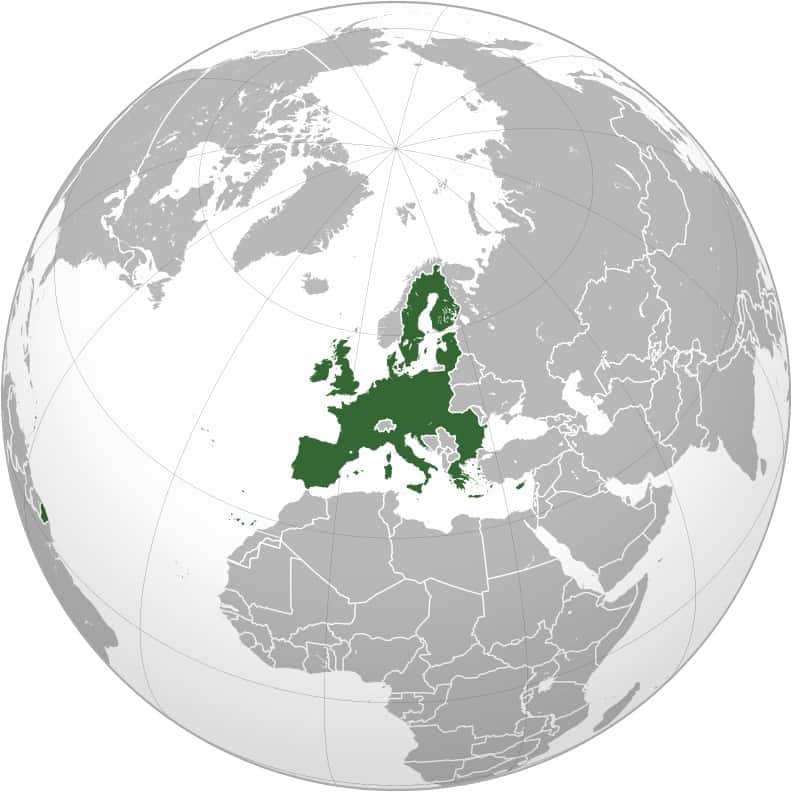