Crete lies in the eastern Mediterranean basin and is the fifth largest island (after Sicily, Sardinia, Cyprus and Corsica) in the Mediterranean. It has a total area of 8.335 square kilometers, including its nearby islands, and a total population of about 500.000. Administratively, Crete is one of the ten geographic regions of Greece. It is divided into four prefectures (nomoi), and they in turn into municipalities.

The four prefectures are:

The package includes 12 Images of Crete Island in olympic postcards:

The set includes 12 Postcards with Images of Crete Island 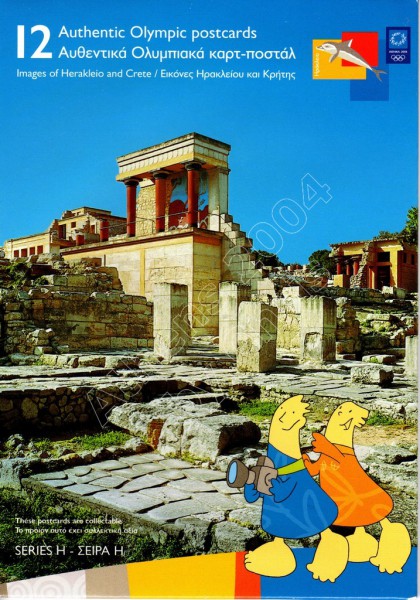 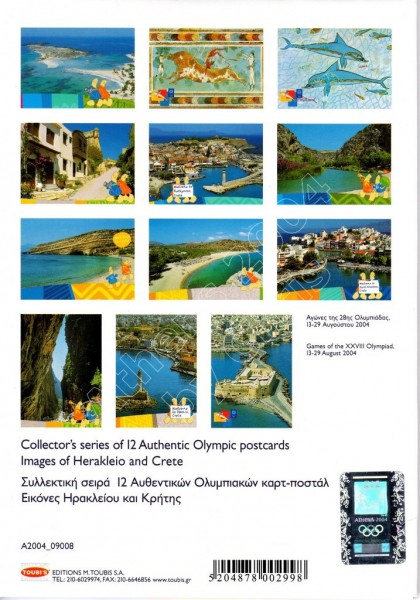