The long journey of the Olympic Games began more than 2.700 years ago. Records of Olympic history show that the ancient Olympic Games were held in Greece as early as in 776 B.C. It was then that the basis of the Olympic Movement began to evolve into a philosophy of life. Out of this philosophy the Olympic Ideals were born, placing  noble competition, sport, peace, culture and education at the very core of Greek civilisation. In 1896 the first Modern Olympic Games were held in Athens and since that time have been in a journey around the world for more than a century. Now, at the dawn of the 3rd millennium, the Games are returning to the country of their birth and the city of their revival. In 2004, Greece will be called upon to empower the Olympic Movement again, placing sport ath the service of peace.

The package includes 12 Images of Athens City in olympic postcards:

The Set includes 12 Postcards with Images of Athens City 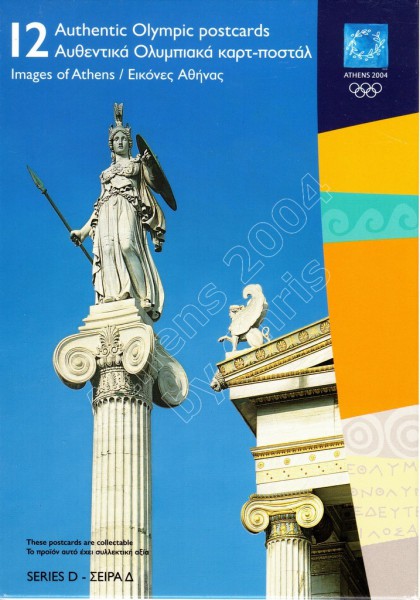 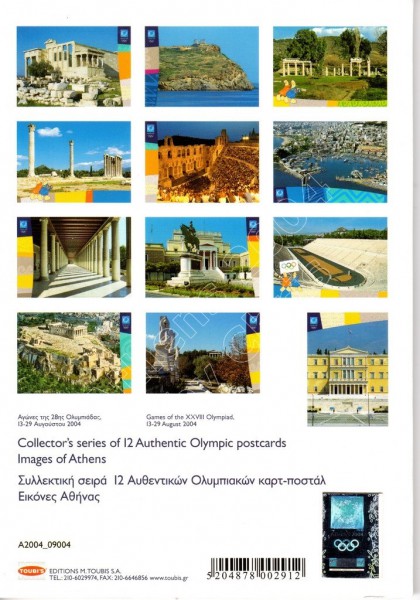