The first athletic contests in the ancient Greek world formed part of a religious festival and were held at ancient Olympia, from which they took their name. The first Olympiad is dated to 776 BC, the year in which the “sacred truce” was instituted by lphitos, king of the Eleans, Kleisthenes, the king Pisa, and the Spartan king Lykourgos.

The games led to closer relations between the Greek city-states. The spirit of peace and friendly rivalry that prevailed bestowed great prestige on the conducting of the games and as time went by they became the most important festival at Olympia.

The package includes 12 Images of Ancient Olympia in olympic postcards:

The Set includes 12 Postcards with Images of Ancient Olympia 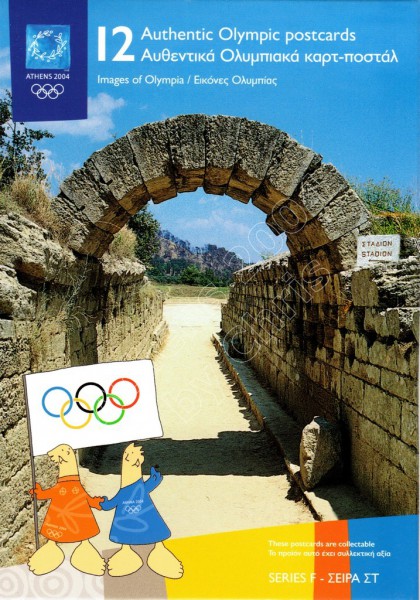