The Acropolis is located in the centre of the Attic basin, around 156m above sea level. Its good geographical position meant that it was occupied from as early as the prehistoric period.

The archaeological monuments that everyone can admire today date mainly to the classical period. The greatest of these are the Parthenon, the Erechtheion, the temple of Winged Nike, the theatre of Dionysus and the Odeon of Herodes Atticus, built in AD 161 by the leading Athenian Herodes Atticus in honour of his wife Regilla.

An interesting Archaeological Museum is also situated on the Acropolis, with exhibits coming exclusively from the Acropolis itself.

The package includes 12 Images of Acropolis in olympic postcards:

The set includes 12 Postcards with Images of Acropolis 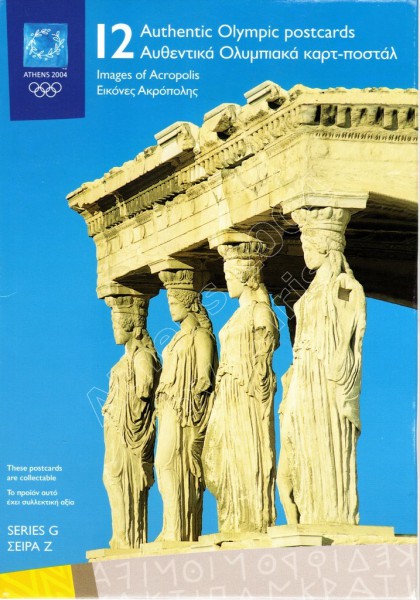 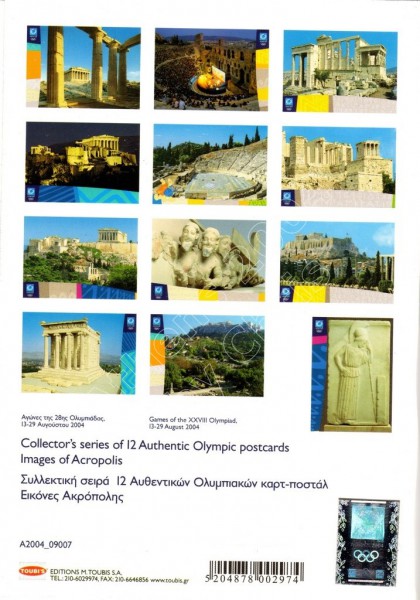